advance, preview with gaming experience, date and price on PC

By CooperJanuary 23, 2023No Comments7 Mins Read 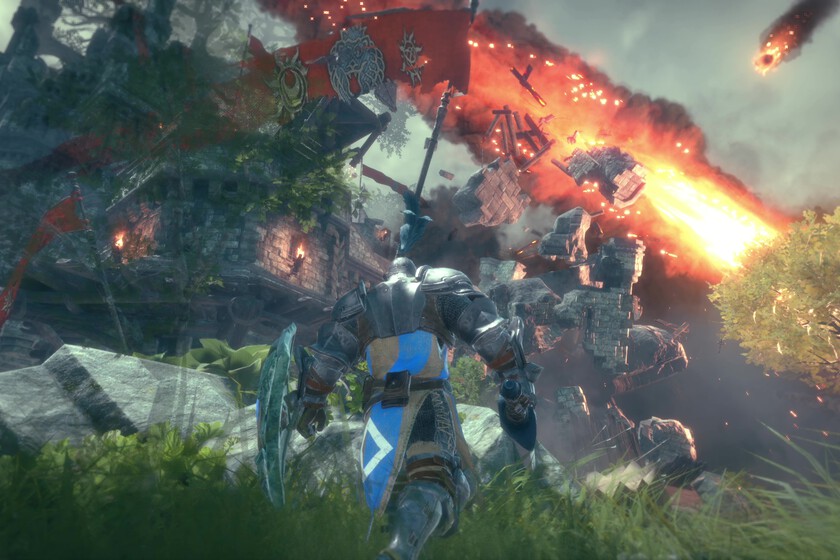 When I found out about the existence of Warlander a few months ago, the truth is that its proposal seemed interesting to me at first, so I wanted to try this title developed by the Toylogic studio and published by Plaion. So, during the last few days I have had the opportunity to immerse myself fully in some battles in which chaos has reigned against dozens of players.

All this thanks to a new closed beta that has been held recently, the last one before the game launches tomorrow through Steam. Also, all of you will be able to give it a chance without problem because it will be free-to-play, so I’m going to tell you what sensations it has produced in me before you also sign up for this party of sword blows and spells.

Something that characterizes Warlander it’s the fact that it tries to cover too much by lumping several genres into one. On the one hand we will have the strategy and the combination of team attacks that make special the MOBAsbut there is also big doses of action when it comes to getting into blows with other players and it even has some element of RPG with customization of soldiers.

All this cocktail of elements comes together in massive combats set in medieval times. At the same time you can get together 40 players who will be divided into two different teams (or up to 100 players in five teams), which will have five different squads at the same time, this being another aspect that makes the game want to offer something different.


More than anything because the goal of Warlander consists of working side by side with our colleagues to assault and conquer the base of the opposing team. However, it will not be necessary to do it like crazy in a straight line. This is where the five groups enter the scene, since each one will be assigned a very specific task, such as defending, attacking or capturing key points, for example, being essential to carry out these tasks.

The problem that I have perceived is that at first this is very clear and you try to fulfill your mission, but as the minutes go by at the end most of the players did a little whatever they wanted in order to finish off the opponents and win. Naturally it is not the most recommended, since if the defenders do that the castle would be sold.

In any case, the stages are huge and throughout all of them there will be towers to capture, which are the ones that will act as respawn points in the event of being eliminated, hence it is important to get as many as possible. Likewise, there will also be gates that can be knocked down by hitting them non-stop and thus little by little making your way until you reach your destination. In fact, it is not the same to attack one of these zones alone than to do it with companions, since life will decrease sooner and the same happens if these or some displacement vehicle, such as a battering ram or even a robot, have to be repaired. giant. Along with all this there will be giant crossbows, cannons can be fired and much more so that in the end the slashes and explosions fly everywhere.

The truth is that on paper you read all this and it might seem that Warlander It’s interesting, although I’ve been a bit left with mixed feelings. On the one hand the ideas seemed good to me, but when it comes to putting them into practice It hasn’t filled me up enough enough to feel that I was really looking at a very new product compared to other multiplayer castle siege games or that I was invited to enter daily.

Also, it hasn’t helped much that in the long run squadron activities faded into the background, causing absolute chaos to reign on the battlefield in the end. On the other hand, the setting is well achieved and in general it looks good in its animations and effects, without being one of its most outstanding sections, but at least it complies with a good grade. Although I wanted to focus mainly on the gameplay, before getting down to work the game itself leaves you with a tutorial to learn all the basics about the goals to be achieved and also to discover how to play. The latter is something very positive because the truth is that the gameplay is very intuitive with any of the three available classes: warrior, magician and cleric.

Each of them has their own attacks and special abilitiesjust like we can fully customize the characters themselves by modifying their appearance from top to bottom with a complete editor that will affect numerous details of their face and armor, including the colors or symbols that will appear on the tabard, shield, etc. .

Without a doubt, the gameplay between one and the other is very different, because the warriors use a sword to cause great impacts and a shield to block them, while the mages specialize in ranged attacks with their powerful magic. And something to highlight is that we won’t need to play with the same character from start to finish, because we can opt for a total of five. This is because the game invites us to build a kind of deck of soldiers. That is where you can configure how each one will be in terms of their appearance, abilities or also the pieces of equipment that they will carry, so that the better they are, the longer it will take to reappear in the event of being eliminated by another player. Therefore, when a character falls, there is the option to change it for another among a maximum of five that can be selected in each game.

At least that is a good way to vary and above all choose the most appropriate warrior, magician or cleric depending on what the situation requires at that moment or also depending on what we want to play or specialize in, because there may be someone who just likes a particular class and gets five warriors or five wizards.

In the long run, at the end of the games, experience points and rewards will be obtained and even there is also a battle pass, free and paid, with which you will have access to more cosmetic items, titles and a series of other elements. In any case, it will be necessary to see with time how the move turns out, because the first sensations that he has transmitted to me is that he wants to cover too much and does not fully develop all his ideas. The response of the community will be decisive starting tomorrow when anyone can play Warlander, something that is also expected to help the team to check what aspects should be improved or modified. At the moment it is a good game with some ideas that may be interesting, but the fact that chaos can reign so much can cause everything to end up completely collapsing.