Destiny 2’s Watcher’s Spire is full of boring wires and Vex, but this lone guardian has two Aces up his sleeve.

By CooperDecember 26, 2022No Comments7 Mins Read 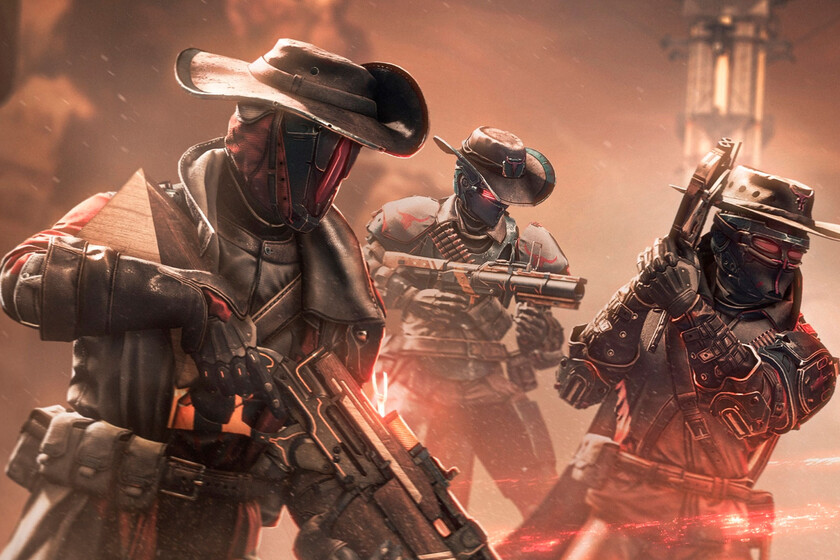 You didn’t see this one coming! I consider myself a bad (not bad) Destiny 2 player. I am a lone guardian: I like to explore and do the story missions alone, launch myself against large hordes with my powerful sorceressgoing into the darkness without reinforcements and seeing the great threats of light fall at my feet.

There is a lot of lore that I don’t know. Forsaken traumatized me and since then I have been lurching without understanding much. I live the adventures that I missed and try to understand the events that will not return like the destruction of the planets. That said, I’m not the best guardian… but I have the two best Aces up my sleeve. And I don’t mean the revolver cayde-6that also.

A couple of weeks ago the dungeon was released Watcher’s Spire as part of the Season of the Seraphim, the last one before the arrival of the Witness in the Eclipse expansion. Things are tight as a kite. The Strategist It is the defense of the guardians and many preparations have to be made.

Among all the tasks of preparation and management of locations, there is the Spire of the Watcher dungeon. As a good guardian, I set out to assault it to advance the story and reveal more details about the plans of the vanguard and all its allies.

I get off my ship and start walking through the dungeon while listening to the dialogues. All good until after the first minute. I arrive at the first hostile zone and just as I arrive a projectile falls from the top of the mountain and hits me directly in the face. I stop the projectile with my chest. I fly through the air.

I respawn at the beginning of the dungeon. That’s the first sign that i’m not in a normal dungeon (like those of Vanguard and Ocaso). I reach the same starting area again, but this time I don’t eat the projectile. It is a corridor with buildings and mountains on the sides. Imagine a town from the far west but futuristic.


There are enemies between the buildings and on the mountains. The mountain sentinels are invulnerable to all my weapons and abilities… and they are the ones that fire the missiles that destroy me. Brilliant. All very fair and such. I go from building to building killing enemies… but soon I realize that they don’t stop going out. I am doing something wrong or I am not doing something.

After a couple of deaths, I realize three points very important:

I proceed to make a strategic withdrawal and dedicate myself to doing other activities in which I don’t blow up to start equipping myself properly. At that time it was in 1570 light, if I remember correctly. It didn’t take me more than an afternoon or two to get on the 1580s.

My two Aces up the sleeve: a veteran sorcerer and hunter who know everything

Like I said I’m a bad Destiny 2 player and I’m a lone Guardian but every once in a while I like play in squad with my two friends. First I made a voice group with the sorcerer and we chatted while he managed the team. I asked him about the dungeon. He told me that he had reached the final boss with the hunter and that they have the save point.

Are you telling me, mate, that I can complete the dungeon quest just by beating the final boss? And on top of that, he tells me that we can try it between the two of us while the hunter arrives. Music for my ears!

We enter the final room of the dungeon… and the notification just pops up that the hunter has connected. Not even with a prophecy would it have turned out so well. They already knew how the mechanics of Persys, Primordial Ruin, so they began to instruct me for several minutes. Attention deficit at school with mathematics, but the first to catch the mechanics of a final boss of destiny 2. If I am.

I catch it on the fly. Theory learned, but the practice is not always so easy. we need them 1-2 hours and a couple of tries to locate all the cables and relays, and organize ourselves. He is not a difficult boss, but he is… I was going to write a subtle word, but no: an egg-player. He becomes invulnerable and does not stop chasing you with his projectiles that take away an egg of life. Fucking Vex drunk on radiolaria milk.

The most incredible thing is that it is I, the clueless guardian with attention deficit, who first learns the position of all relays and all the fishing Unheard. I am helping my colleagues with the connections and little by little we are lowering the boss’s life. If you want to know more, there is a guide in VidaExtra that has all the information. In the end, the turkey on steroids that is Persys ends up falling before our power. It is no longer so ruinous or so primordial. My colleagues celebrate like people who know it’s 3-4 o’clock in the morning, while I almost jumped in my chair with excitement, as if my life depended on it. Here I am. Lower the volume two points if you play with me.

The power of friendship and firepower

I’m a bad Destiny 2 player, but I’m a good Destiny 2 Guardian. All I know so far and what I have left to learn is thanks to these two guardians, my friends. The only two guardians that still accompany me, despite the fact that I disappear from time to time and that there are days that I prefer to fight alone. Destiny 2 has a lot of good and bad things going for it, but its greatness is undeniable. All guardians share the same trumps and the same hardships through the long history. Now that the Witness is coming, bringing war and a never-before-seen threat, I like being a part of it. feeling of being guardian in Destiny 2… and to always be able to count on my squad and the rest of the true guardians.