GTA Online’s taxi driver job could have been amazing, but Rockstar has made us wait a decade for something poor and soulless.

By CooperJanuary 23, 2023No Comments7 Mins Read 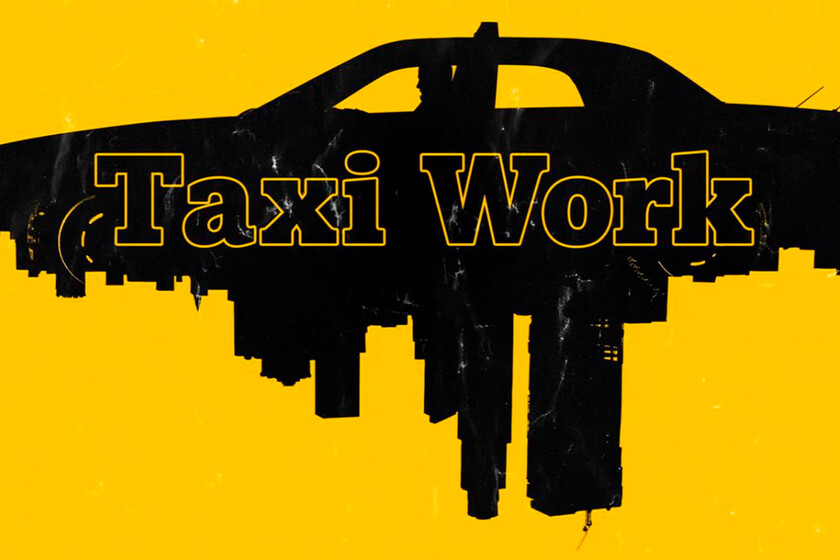 Once again, Rockstar makes me sing the same song by Nena Daconte that I already sang with Red Dead Online: “I had so much to give you, so many things to tell you, I had so much love in store for you.“. And this time it’s not because of Arthur Morgan’s game, but because of the recent content of gta online. I tell you!

The fans of gta online we have waited for ONE DECADE for the arrival of the job as a taxi driver, among many other things, and the final result could not be more disappointing. And I’m amazed because the Drug Wars update missions were incredibly fun and epic!

The taxi driver job It’s not a novelty in the GTA franchise. It has been present in most games: GTA Vice City, GTA San Andreas, GTA IIIGTA IV and including GTA V. In addition, the previous games also allowed you to be fireman, police, ambulance driver, Pizza delivery… In short, it is not a novelty.

The point is that his arrival at gta online It was the opportunity to start a new branch of activities in multiplayer: the legal business. However, Rockstar has decided to bet on the law of least effort.

What is it like to work as a taxi driver in GTA Online?

The job of a taxi driver in the GTA franchise has no mystery: you get into a stolen taxi, activate the work mode and take NPCs from point A to point B. In GTA V works more or less the same.

This is where the job of a taxi driver ends. Despite his simplicity, he arrives with mistakes Y no content. She feels poor and borders on seedy. And why am I saying this? For the following reasons.

The job as a taxi driver could have been the first step towards red dead online roles in GTA Online, a new branch of legal works with their own businesses and mechanics. Not for less after a decade of waiting, but Rockstar has made it clear that the law of least effort is enough. I couldn’t stop thinking about everything could have been the job of a taxi driver during the hour that I was taking clients from one place to another. Do you want to know everything I came up with?

That any player can directly access the job of a taxi driver is very boring. I would have liked to see something similar to Drug Wars: a series of missions before entering the business. In this case, a couple of tutorial missions (I make it up: kill a group of bikers or businessmen who are blackmailing an old taxi driver who wants to retire) that offer access to purchase the Taxi driver license. The Taxi driver license it would cost between $5,000 and $10,000 and allows you to work with your own taxi. Until then, you could work for the standard headquarters of Downtown Cab Co. or for other players with company cars.

And speaking of cars! It would have been cool to have different types of taxis: standard, retro (Vice City Taxi), luxurious (Jugular), family (Ingot or Habanero) electric (Dilettante or Surge) or compact (Issy); with some degree of customization: taxi vinyl styles, bulletproof wheels and rims, armor, headlights, whistle, engine… Nothing that doesn’t already exist. Downtown Cab Co. headquarters could be the new GTA Online legal business. Like the rest of the businesses, the premises and the right to be boss should cost a good pinch, 1,000,000 – 3,000,000 dollars depending on how much you want to equip the facility and have the Taxi License. I imagine you could add: The Taxi Business would function as a separate business for each player who can afford the saber to their bank account. The player can work and/or buy the Taxi Chief License, which opens the option to activate your headquarters for hire other players. Your office launches job offers whenever you are connected.

Players who work for other players get a experience and money multiplier regarding working for normal headquarters or solo. For his part, the boss takes a small amount of money (500-1,000 dollars) for every 10 trips of each employee.

The adventure of being a taxi driver in GTA Online

The current taxi driver job is very boring. Nothing unexpected happens and customers don’t talk to you. It would not be bad to introduce some dialogue lines so that the NPCs tell you where they are going, how is the weather, ranting about the government, their partners or family, etc. Also, I thought there could be two types of events: random and objective. As you progress through the trips, you would get rewards: a t-shirt for 10 trips, pants for 20 trips, a cap for 30 trips, extra money during the following objectives and access to the Taxi Chief License on trip 100 or 200, for example. All this working with your taxi alone, for a venue and/or for a player.

And all this could be applied to more legal roles and businesses in GTA Online. You don’t have to invent too much: ambulance driver, fireman, Street sweeper (there is a mission in the game) and police (protection of vips, patrols, shootings with gangs…) as roles, and food deliveryman (pizza man already exists in GTA), bus driver, truck driver Y delivery company of packages as businesses. Legal business would be a very interesting content that would mean a new life for gta online. New missions, vehicles, activities, businesses… Although I understand that Rockstar has its sights set on GTA VI and GTA V It is a mass to maintain until they launch the next installment with their own online.

This is all I thought while playing with the taxi in gta online! What do you think? Do you like the idea of ​​legal roles and businesses? Do you have any other ideas to propose? I read you in comments.