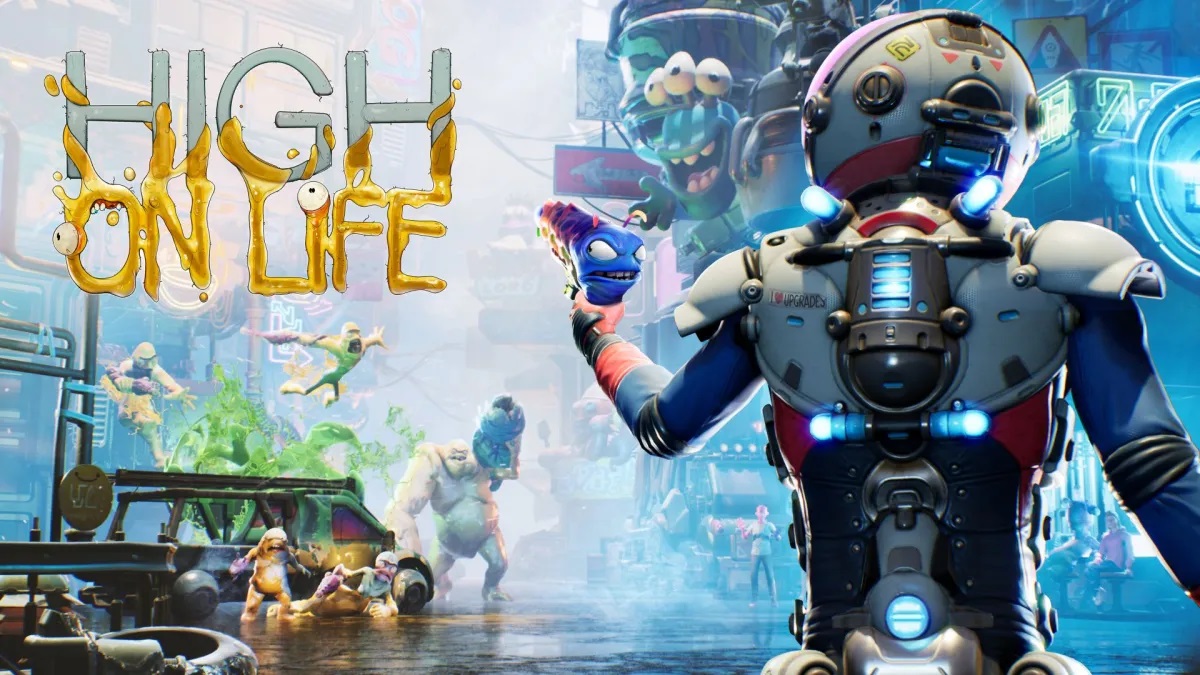 A few days ago, High on Life by Justin Roiland (Rick and Morty, Solar Opposites) was released with his studio Squanch Games, a wild FPS with a lot of humor exclusive to Xbox for your console and PC.

High on Life It is available for PC, Xbox One and Xbox Series X / S.

It seems that Roiland’s success has reached video games. One of the creators of Rick and Morty and Solar Opposites is breaking it in its first week of release with High on Life. The game became the biggest and most successful third-party in Game Pass history. Without a doubt, its success is due to a moderately well-achieved but fun gameplay; and its main base: a story that could be a chapter of the creator’s series. Although I warn you, if you don’t like the characteristic humor of those shows, the game will seem insufferable.

Oh geez… the land of faso

Oh geez or ow jeez? Well I didn’t find the answer to this classic Morty mullet every time he gets surprised. And as the game says, this is going to be my only reference to the show. Done… now I’m going to reference Solar Opposites.

High on Life tells the story of a human and his sister when an alien attack breaks out on earth destroying everything and enslaving everyone. Who can help us? On the ground we find Kenny, a race from another planet that resembles a weapon and that speaks to us giving us directions. A few minutes later our house is teleported to another planet where we take on the role of bounty hunter. Our mission is to assassinate all the members of the G3 Cartel; responsible for selling humanity to smoke them. How? Yes, as you read. It seems that humans are the most addictive race thinking about drugs.

In this strange heroic path, our protagonist will meet some of the most eloquent characters; allies and enemies. But what matters here are our talking weapons. They tell us anecdotes about their home planet destroyed by the G3 Cartel and various references to video games or popular culture. If you feel a bit dazed on the menu, you can lower the number of times you talk to us.

The narrative content is so great that we could easily be in front of a walking simulator (if it weren’t for the action being present).

High on Life Expand your world by giving us small dialogues with most of the NPCs. There is a phone booth where we can call (and I could swear that Jesse from Solar Opposites answered in one attempt) and dozens of advertisements or space programs that we see out of the corner of our eyes on a television. All this absurd tone will not be something strange if we know the creator.

The game also has moments to make decisions in the dialogues; although neither affects the final development of the plot.

The narrative content is so great that we could easily be in front of a walking simulator (if it weren’t for the action being present). Just think, there are even four full-length real movies to watch in-game. So we can spend hours watching “Tammy and the T-Rex” on the couch at home or “Demon Wind” in a movie theater.

You can now use my alternative shot

High on LifeApart from everything, it is a shooter that drinks from exponents of the genre such as Eternal Doom either Shadow Warrior 3. Fast action and hordes of enemies. It doesn’t do things that well but it makes up for it with guaranteed fun.

As I mentioned, for the story to progress we have to hunt down the leaders of the G3 cartel and collect the rewards. Each of them is scattered on a different planet which we access through a portal.

The weapons do all the work. At first we have Kenny, a simple gun and then others are added such as a machine gun, a shotgun, a knife, a destructive ray and one that launches small aliens. They all talk and have a secondary shot (coming out of their butt) as a ball to stop time, a saw disk or an alien to control the enemy.

The ammunition is infinite and we can buy improvements with the money we earn from the rewards. As we progress we unlock a jetpack, mag boots and a slide with force. In addition, our knife serves as a whip to balance us in certain areas. The final combination of all these elements gives us enough mobility not to sit still.

The enemies are not so varied and their intelligence is almost zero. Most attack head on and some cover without escaping. In the quantity they make the difference and in the end they have shields that can make things difficult for us. The final bosses have their thing too and I’m not going to lie I died a couple of times until I was able to stop them. The challenge is moderate but at no time unfair or too easy.

In parody form, High on Life it also has three moments away from the action. A detective mode (which they say will be the focus of their next DLC), a puzzle to connect pipes and even a bureaucracy simulator.

The game has a certain degree of replayability in order to find all the chests that give us coins and some crystals with which we can buy discs and teleport certain areas such as a small city, the mentioned cinema and other places. And also a secret ending that you can unlock when you finish the game, go find it!

A rainbow of intergalactic slime

Although the planets we visit are quite similar on the outside, their internal locations make the difference and in this variety the design and work by Squanch Games is very noticeable.

Of course, the characters are not entirely original; if you ever saw Solar Opposites. Although I love how the animation design changes when we watch TV.

The music is repeated over and over again, when the enemies appear and we finish them off. I feel that they could have put different melodies depending on the planet. Although the dialogues occupy most of our attention, they even speak to us at times in the middle of the shooting. All this conjunction of sounds can make more than one player frantic.