If you like The Last of Us on HBO, we recommend 23 post-apocalyptic movies and series that you can stream

By CooperJanuary 25, 2023No Comments4 Mins Read 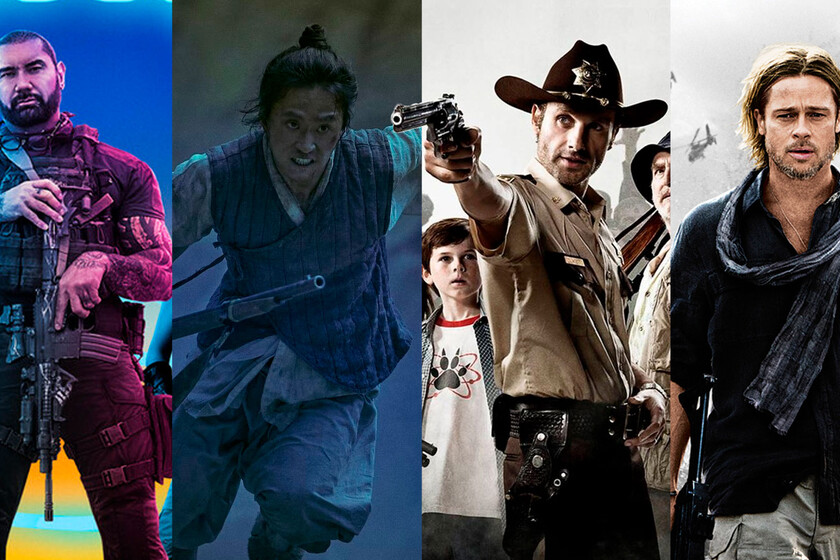 The premiere of series on a weekly basis has a problem: the wait. Waiting a week between episodes can be tough, especially when it comes to HBO’s acclaimed The Last of Us. Two episodes have been released and the arrival of the third seems a long way off. And this will get worse as the story progresses and things get more and more interesting.

How to kill time between episodes? And it’s not worth the “something will occur to youJoel’s. If you like HBO’s The Last of Us and you want to appease the “monkey” between episodes, here are 23 movies and series that you can currently watch on the main streaming platforms.

I already recommended the docu-peli or documentary film of fantastic fungi. It is a 1 hour and 20 minute documentary that tells you what mushrooms are, their place in our world and some of their properties. It is especially interesting considering that the series deals with the cordyceps behavior in a different way and with much more depth.

It was obvious. series of the walking dead it had to be on the list, regardless of user reviews. Watching two series at the same time is not everyone’s cup of tea, but with TWD you won’t be short of zombie stuff. It has a total of 11 seasons and its chapters are around 40 min. Follow the story of Rick Grames, a policeman who must survive the zombie apocalypse.

If you want to see zombies by the hundreds, then you should check out the movie. World War Z. Brad Pitt stars in a zombie apocalyptic story that takes place in various parts of the world. The characteristic feature of him is to show hordes of hundreds and thousands of zombies. There is also a video game with the same name.

Army of the Dead

Zack Snyder left Batman, Superman and the Justice League behind to launch headlong into a zombie project with Netflix. The result is Army of the Dead, a 2 hour and 28 minute movie that shows a zombie apocalypse in Las Vegas with some strange beings… different. and it comes out dave bautista as a protagonist!

Are you tired of the modern setting but you want zombies? So I recommend the series Kingdom from Netflix. Currently, it has 2 seasons of 6 episodes (50 mins) each. It is set in a zombie apocalypse in the era of the medieval Joseon Dynasty (1392-1897) in Korea.

I’m legend, starring Will Smith, is a post-apocalyptic film focused on loneliness and whose monsters aren’t exactly zombies. In the original work they are more like vampires and in the film they are a cross between vampires and zombies: they eat uninfected humans and are affected by light.

Robert Nevilleprotagonist of the film, stays in New York City (ground zero) to find a cure the virus that has taken humanity ahead… but it’s costing him more than he imagined.

Tired of so much seriousness in zombie movies and series? No problem! I suggest you see Zombieland: Kill and Finishthe sequel to welcome zombieland. Join the world’s most dysfunctional group of survivors and have fun with their crazy life in a post-apocalyptic zombie world.

Other zombie movies and series available on streaming services: