By CooperDecember 20, 2022No Comments5 Mins Read 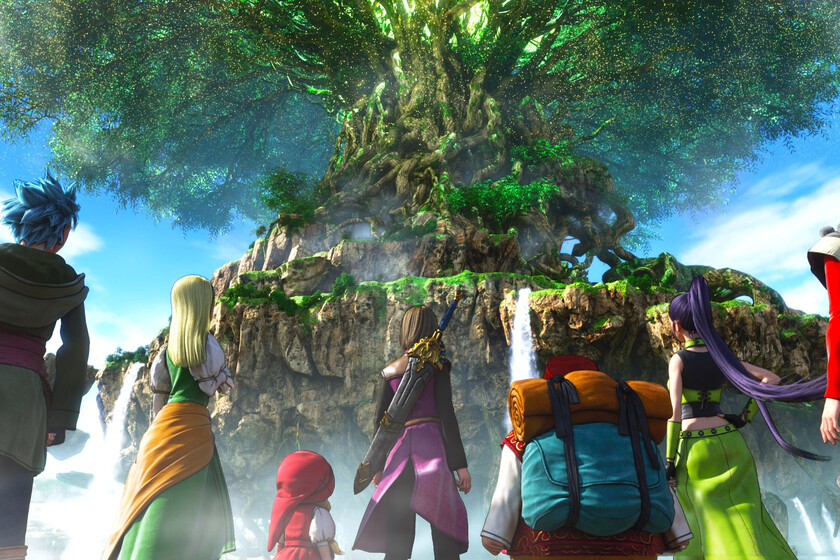 With Christmas just around the corner, it is a good time to take advantage of this time to play those titles that we have yet to pass or to dedicate a large number of hours to those who want us to spend a lot in front of the screen. Undoubtedly one of the greatest examples of these cases is Dragon Quest XI S: Echoes of a lost past -Definitive Edition-.

East outstanding JRPG is one of the best installments, if not the best, from the saga created by Yuji Horii that has more than 30 years behind him and has brought us so many good times on all kinds of platforms. This definitive edition first made its way to Nintendo Switch, but later it also ended up reaching more platforms, including PS4.

The latter is very important because thanks to the subscription of PlayStation Plus Extra and Premium You can access its download and thus see for yourself what makes it so special, but we can already tell you that it is one of those titles that invites you to find time even under the rocks to enjoy it from start to finish.

The epic journey of the Luminary

The protagonist of this game begins as a boy who is subjected to a ritual performed by his people when he reaches a certain age. However, that implies that a mark appears on his hand that means that he is the reincarnation of the Luminarya hero who in the past saved the world of Erdrea, but also warns that evil lurks again.


Because he is accused of being fearsome for causing the darkness to return, he will have no choice but to embark on a journey to obtain answers from its origin. That will make us witness an argument that will not stop gaining points as it progresses, with a fabulous rhythm and in which more characters will join, among which will be Erik, who we have seen most recently rejuvenated in Dragon Quest Treasures.

The world is another of the aspects that catches the most by its brilliant artistic sectionwith some very colorful, magical touches that at all times give off the essence of Dragon Questwith places that make you want to explore them from top to bottom for their beautiful landscapes, hidden treasures and where there will be no shortage of enemies to fight against.

About the latter, the battles are in turns and at no time do they occur randomlysince the beasts will be seen on the stage and it is up to each one to face them, although it is best to go after them in order to gain experience points and improvements to unlock more magic and another series of passive abilities that will that the group of heroes becomes more devastating. Likewise, although the Luminary can only be controlled from the first moment, there is also the possibility of choosing the actions of the rest of the companions or letting the artificial intelligence take charge of this task, being able to determine the type of behavior it will have. each one, in case we prefer them to be more aggressive, defensive, etc.

The difficulty overall is very well balanced and They make you want to fight one fight after another in its immense settings or in the various dungeons to overcome, although there is no shortage of secondary missions. Of course, in this case they are somewhat simple and easy to complete.

An edition with a huge number of novelties

The fact that this edition receives the name of Definitive Edition It is not a simple coincidence, since it abounds with a good number of additions and functions that are not present in the Dragon Quest XI original. For example, the sound section has some melodies played by an orchestra to be heard frankly better and some voices in English or Japanese with Spanish subtitles. Even so, the Draconian Mission It is one of its most interesting novelties because it allows you to apply defects to the game. In this way, if someone wants to complicate the trip even more, they can make it so that items cannot be bought, the enemies become stronger, it is not possible to equip defensive objects, etc., although luckily all these aspects can be modified in case someone seems excessive difficulty.

And there is also the possibility of switch between 3D graphics and more classic 2D ones with a 16-bit touch. What’s more, the latter have exclusive alternative worlds with secondary missions based on other Dragon Quest. A kind of subplots that in turn serve to get to know the main characters better with a different experience.

For the rest, there is the option to increase the speed at which everything happens on the screen or get on new types of creatures that are defeated. All this together makes Dragon Quest XI S: Echoes of a Lost Past -Definitive Edition- in one of those experiences that should not be overlooked and that the more than one hundred hours that you can invest will leave you with an unrepeatable sensation.