Mega Man Legends At 25: How Capcom Reinvented One Of Its Icons Into A Cult Classic 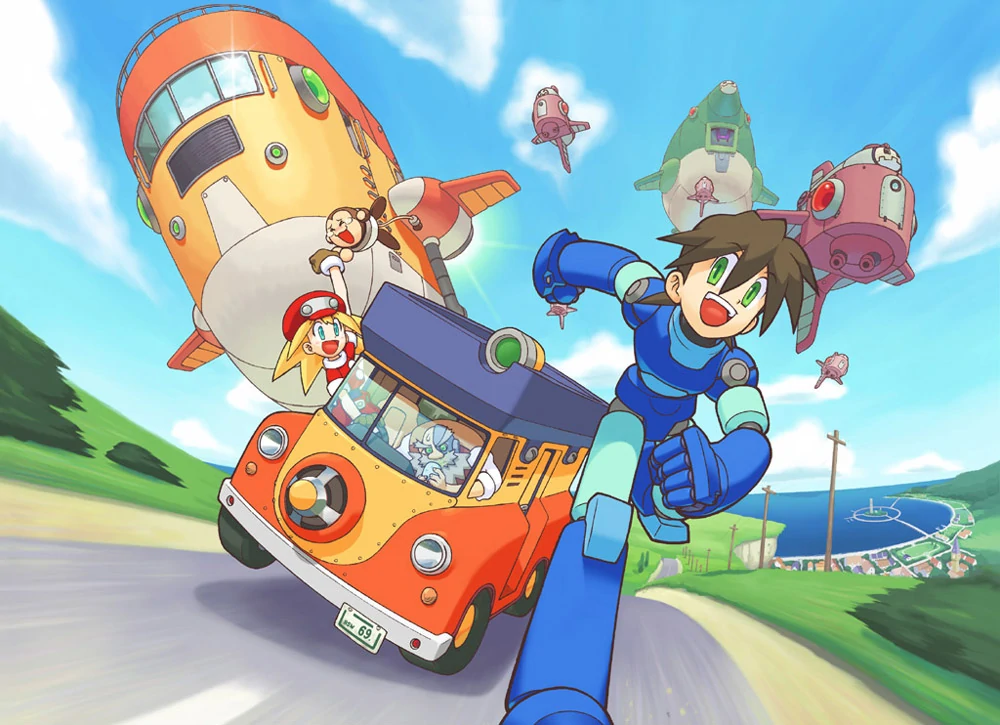 Disclaimer: Most of the images in this note come from Rockman Corner Y Legends Station, two of the best Mega Man fansites on the internet. They are worth visiting if you are interested in the subject.

On December 17, Mega Man fans celebrated 35 years of the series, coinciding with the release of the first installment for the Nintendo Famicom in 1987 in Japan, where the series is known as Rockman (although someone here didn’t have that? data, really?).

That first game, curiously, did not have the desired impact and failed to capture an audience, but this did not discourage its developers, who immediately began working on a sequel in secret, promising that they would only reveal it to their superiors in Capcom once they had finished it, hoping thus to have a better chance of releasing the game commercially. And boy did his bet work: mega man 2 was released in 1988 and was a complete success, universally considered by fans and critics alike to be a substantial improvement over the original, and to this day remains the second best-selling game in the series.

Since then, the Blue Bomber and his friends have taken part in more than 130 adventures across half a dozen subseries, many of which were even better received by fans than the original.

Hard to believe that it hasn’t been a hit with such great cover art.

This was not the case in 1997. By then, only one subseries existed: Mega Man X. Capcom had taken advantage of the technological advance that the Super Famicom/SNES brought about to evolve Mega Man and give us a more mature, refined – and dare I say it, better – version of the formula. But while the quality was and still is undeniable, at Capcom they wanted to aim higher and completely reinvent the series for its tenth anniversary, with what was then called Rockman NEO.

And boy was NEO different: Unlike the standard action-packed 2D gameplay of the series up to that point, NEO was going to be a fully 3D action-adventure game, and with an emphasis on story not seen before. . Other names were considered before finally deciding on Rockman DASHwhich are actually an acronym for “Digouter’s Adventure Stories in the Halcyon Days”, which really works perfectly if we pretend that second D does not exist.

In the West, of course, the game would be known as Mega Man Legends.

In a world covered by endless water…

Mega Man Legends It was finally released on December 18, 1997 in Japan under the title Rockman DASH: Hagane no Boukenshin (lit: “Rockman DASH: Adventurous Spirit of Steel”), and missing the exact date of the tenth anniversary by a single day.

The story in the first Legends introduced us to a new Mega Man unrelated to the original character, who lives on a flying ship called the Flutter with his adoptive sister/possible romantic interest Roll (don’t ask), his grandfather Barrel, and a mysterious monkey named Data, who seems to know more about Mega Man than he lets on, and who has the swagiest animation from 1997.

Suck on that, Cloud Strife.

The narration at the beginning explains that most of the world is covered in water, and that the few humans that remain are mostly settled on small islands or live in their ships, as in the case of our protagonist and his family. Mega Man, like many others in his world, is a Digger: people whose trade is to explore dangerous ancient ruins in search of treasure or technology they can recycle.

A day like any other, a technical malfunction in the Flutter forces them to make an emergency landing on an island called Kattelox, at the same time that a family of pirates called the Bonne is planning to attack it in search of hidden treasures in its subterranean ruins. Mega Man ends up involved in the conflict by chance, and as the story progresses he becomes a hero to the people of Kattelox, as well as discovering the mysteries of the place, and how they connect with his own past.

Capcom were not lying when they said that Legends it was to be a reimagining of the series. Not only was the art and 3D gameplay a radical departure from what we were used to, but the game also had no problem putting aside many of its more traditional aspects. The structure of the game completely abandons the linear levels with a boss at the end, and lets us explore a huge world instead, full of places of interest, shops and many NPCs, with whom we can talk.

The combat also saw many substantial changes: Our Mega Buster has different stats that can be customized with a new type of item called Buster Parts, which allow us to modify values ​​such as attack, range, or the speed of our shot. We don’t get new weapons by defeating bosses, but by exploring the world and fulfilling different objectives, in addition to the fact that we can only equip one special weapon at any given time. Roll fulfills the role (ha!) of a mechanic and it is she who is in charge of all our upgrades and creation of new weapons and equipment.

While it’s a game that by 2022 standards is rustic in a number of ways, it’s fascinating how Legends it feels ahead of its time in lots of little ways too. Kattelox is basically an open proto-world despite being segmented into small areas, and once we’ve enabled the entire island we can come and go as we please in search of secrets or extra content. This is not limited to the city itself, but as we continue on our adventure we will see how the subterranean ruins of the island also connect to each other like a huge network below the surface. Dotted around Kattelox are also lots of little stories related to its inhabitants that we can get involved in, making it feel like a real place that already existed before our accidental arrival. There’s even a lock-on assigned to the R2 that allows us to lock our shots on a specific target, one year before The Legend of Zelda: Ocarina of Time introduced Z Targeting and changed combat in 3D gaming forever.

At the same time, Legends he is also a victim of some of the iconic quirks of the time. The localization of the game, for example, decided to change the name of the protagonist from the original Japanese “Rock” to “Mega Man” and change all mentions within the game to reflect this change, generating quite confusing or funny situations, especially at the end of the game. when Mega Man’s real name is revealed to be… Mega Man (the context doesn’t make it any less confusing, believe me).

Another important difference with most of the 3D games of the time is that in Legends the cinematics were 100% real-time, and special attention was given to the expressions on the characters’ faces, going as far as drawing faces that only worked from a specific angle to be used in a single scene. Not only was it revolutionary for the time, but it still looks acceptable today.

I am not exaggerating when I say that Mega Man Legends It’s still looking good in 2022. The meticulous art direction and anime-cool visual style used for the game means it’s aged much better than most of its peers. All of this elevated by terrific voice acting for the time and a lovable cast of recontra characters that continue to generate loads of fanart to this day, with the Bonne family and Tron in particular quickly becoming one of the most popular characters among fans not only of the game but Mega Man in general.

But unfortunately, and despite all the chips that they put on it, Legends it failed to be the commercial success that Capcom had hoped for, receiving a rather lukewarm reaction from the gaming press at the time, who criticized the game quite a bit for its rustic controls among other things. But the modest success of the game was enough to create a loyal following of fans, who were fully on board with this new experimental direction. Enough at least for Capcom to release two more games in the series: The Misadventures of Tron Bonne (a prequel spinoff of the first game with Tron as the protagonist) in 1999 and, finally, Mega Man Legends 2 in 2000, as well as adding Tron and the Servbots in Marvel vs. Capcom 2 the same year. Almost a decade and a half later, the insistence of these same fans would reach the ears of Capcom, who expressed interest in making a third part, but that is a story for another day.

Hard to believe that it hasn’t been a hit with such great cover art.

Twenty-five years after his departure, Mega Man Legends still worth revisiting. Yes, the controls aged pretty ugly, why lie, but the game still feels both relic of its time and a decade ahead of lots of things that we’d see grow, become standard, and explode in popularity in the ensuing years. As on the island of Kattelox, its treasures are hidden below the surface, ready to reward those willing to dig deep.

Happy 25, Rock. Someday you will return from the moon.