PlayStation would be betting on multiplayer shooters |

plans PlayStation and its new releases at the moment are somewhat uncertain, since the only thing that is known that will arrive yes or yes is spider-man 2 from Insomniac Games. However, with the acquisition of companies like Bungieit is possible that his focus will go a little more towards other sectors, specifically that of online shooters.

According to what is reported on sites like The Gamer, there are some games of the genre that are already planned to arrive soon, and to that are added projects like the The Last of Us, with the multilayer release that never came for I leftI. In the profile of the worker of PlayStation Studios Visual Arts, Frank Aliverti, two unannounced games have been detected.

One of the games is a cooperative third-person shooter developed by Arrowhead Studiosthe second an FPS that is contemplated to arrive in 2024being this created by Probably Monsters Studios. To this is added a VR game, this could be part of the plans you have sony to add more games as a service. 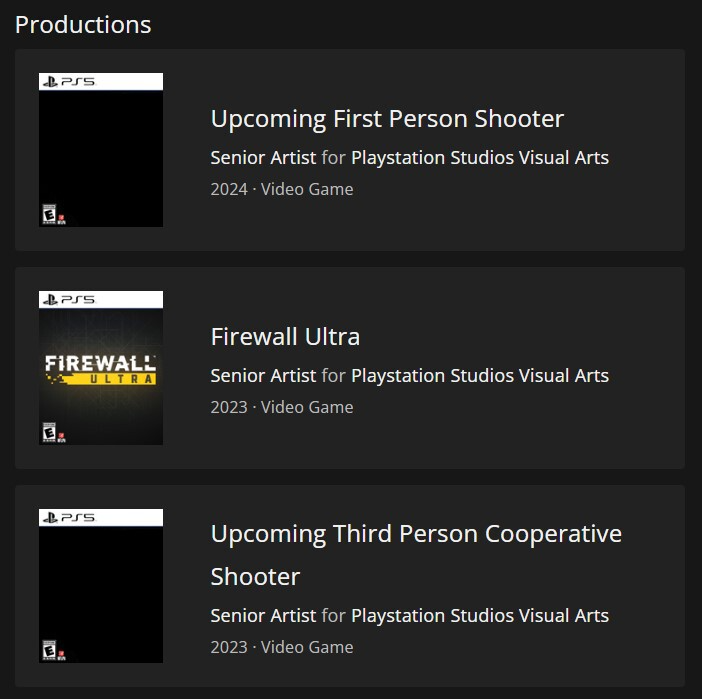 As already mentioned, factions of The Last of Us It’s another planned game of PlayStationbut it seems that it is created by a specialized team of Naughty Dog, since the presumably the main one would be working on a one-player title. That doesn’t rule out that the company wanting a different approach wouldn’t necessarily be effective.

Editor’s note: I don’t know how convenient these decisions are, but it seems that Sony wants to try something new, although its audience would not be the one to experiment. Still, let’s hope single-user games don’t take a backseat.