By OliverJanuary 24, 2023No Comments5 Mins Read 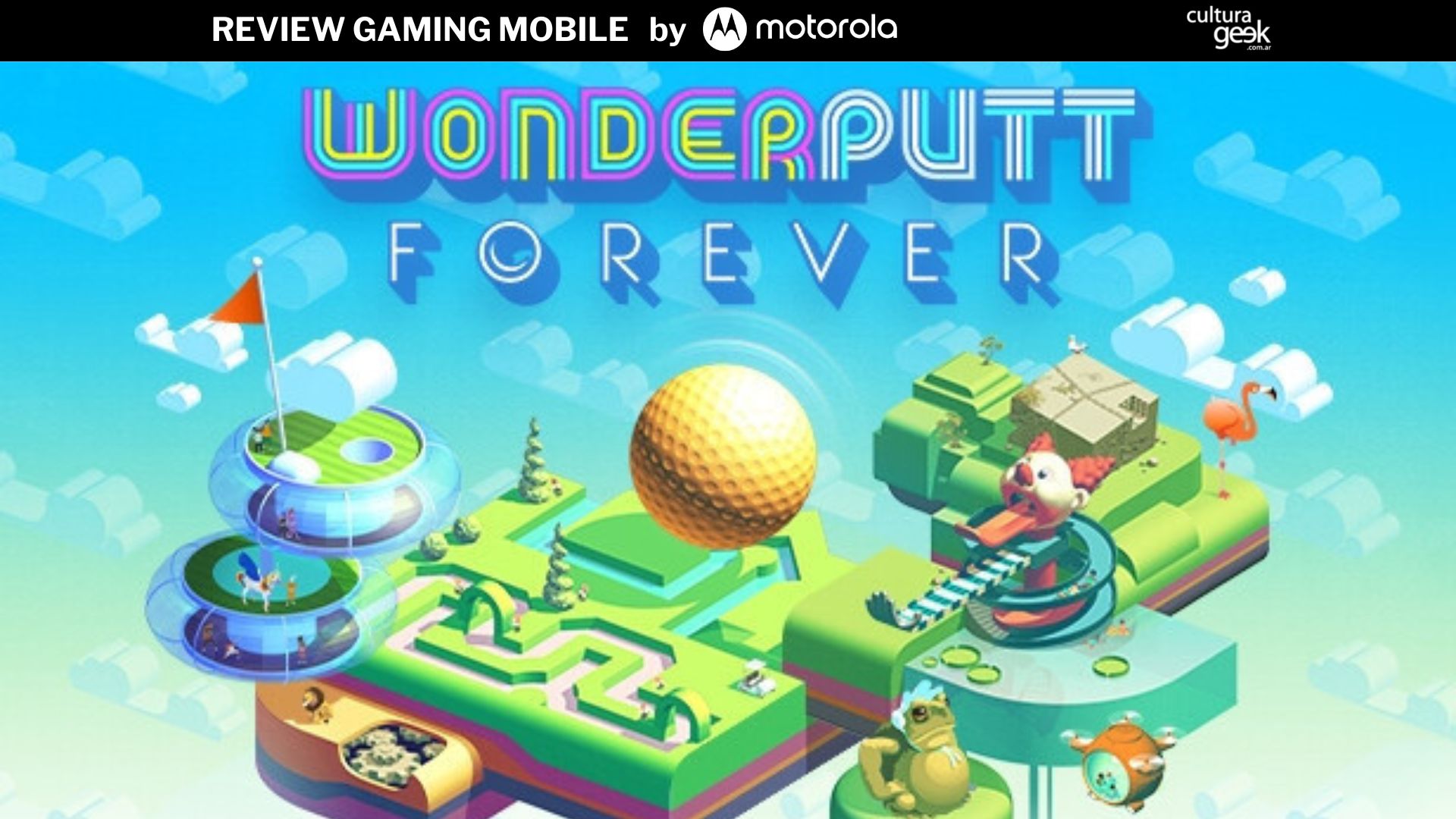 One of the first games in the Netflix catalog was Wonderputt Forever. We tested this mini golf full of flashy obstacles on the Moto Edge 30 Ultra and we’ll tell you if it’s a hole-in-one in our review!

Wonderputt Forever It was one of the first titles to reach the game catalog of Netflix. Produced by the studio Damp Gnatthis mini golf brings together different scenarios in which you have to try to reach the goal in the famous hole in one or in as few attempts as possible. But it won’t be that simple, since it goes beyond the typical windmills as obstacles and adds other seasonings such as gravity, reliefs, ball sizes, structure colors and much more. The Motorbike Edge 30 Ultra I sharpen my aim so that with our review you can get to know this game with one shot!

Time to shoot!… And think!

the system of Wonderputt Forever it is quite simple. The idea is to try, as in any game of golf, to reach the hole in one shot or in the least amount possible. To do this, we must use our thumb or forefinger to click on the ball and drag in the opposite direction to which we want it to go, to create a kind of slingshot effect. The longer the indicator arrow, the more powerful the impact (it will also be distinguished by colors, which go from green to yellow to red).

However, nothing is that simple. In each launch we make, the environment in which the action takes place and its obstacles play a decisive role. For example, the tracks or scenarios can have from intricate routes, reliefs or wells, structures to crash, gravity, vortices, drones, conveyor belts and much more.

To start there are two strings of thematic maps: Tower Y Stairs. But as we complete all the instances and level up our profile, we unlock a new challenge, the geometriviajes. There are four hundred levels, with themes such as geometry (reflected in figures with these shapes), colors (you have to paint structures) or the ground (with hot surfaces such as the earth’s mantle), among others.

If you want to achieve the most experience points, but have more shots than desired per stage, you can always restart the level with a special button at the top right of the screen.

Something more than hitting the ball…

As the game progresses, certain items are unlocked to enrich the experience. For example, arrows and spheres can be pimped up with cosmetics (there’s a replica of what the dung beetle is carrying and it comes with its scatological sound effects included!), relics to collect, or modifiers for attempts.

Unfortunately, there is no way multiplayer to compete against others, but if there is evidence of our records in the two main modes (the geometriviajes They only consist of completing the levels, but there are collectibles to collect).

There are few bad things to highlight in this title. For example, it can be somewhat frustrating at times if you don’t really think about how your shots are going to be, since it doesn’t offer much help other than an indicator of where the hole is. And that it does not have an online competition also subtracts points.
As for the good, it stands out the simplicity of its controls, the customization with the skins, the level of challenge and strategy, but above all the visual section, which has 2D isometric maps with some 3D animations and lots of color. The sound effects also add to the experience, most notable when changing the ball (metallic or… Something more disgusting, among others.).

How does it feel on the Moto Edge 30 Ultra?

The Motorbike Edge 30 Ultra with your processor Qualcomm Snapdragon 8475 8+ Gen 1 built with 4nm technology and its 12GB LPDDR5 RAM memory will give you the power you need to get to the hole in one without mishaps. Due to its requirements, the game requires at least a low-end team so you won’t have a problem if you have another team that is a little less powerful.

As for the game’s battery consumption, you won’t have any problems since it’s not that demanding. If you’re using the aforementioned Moto, the 4610mAh battery gives you enough power that you won’t be left wanting to beat levels because you run out of juice (although bring a 125W Turbo Power charger to be back in minutes).

This mini golf is exclusively available at play store Y app store for users of Netflixwith a weight of 101 MB.

Wonderputt Forever It is an ideal proposal for those free moments, since it presents a more casual gameplay, although it invites you to think in order to move forward. It is attractive for its easy commands, beautiful designs, customization and additional content such as achievements. It might need some extra help for players who get frustrated by the difficulty and an online mode to compete with other players. Do you dare to test your aim and intelligence?