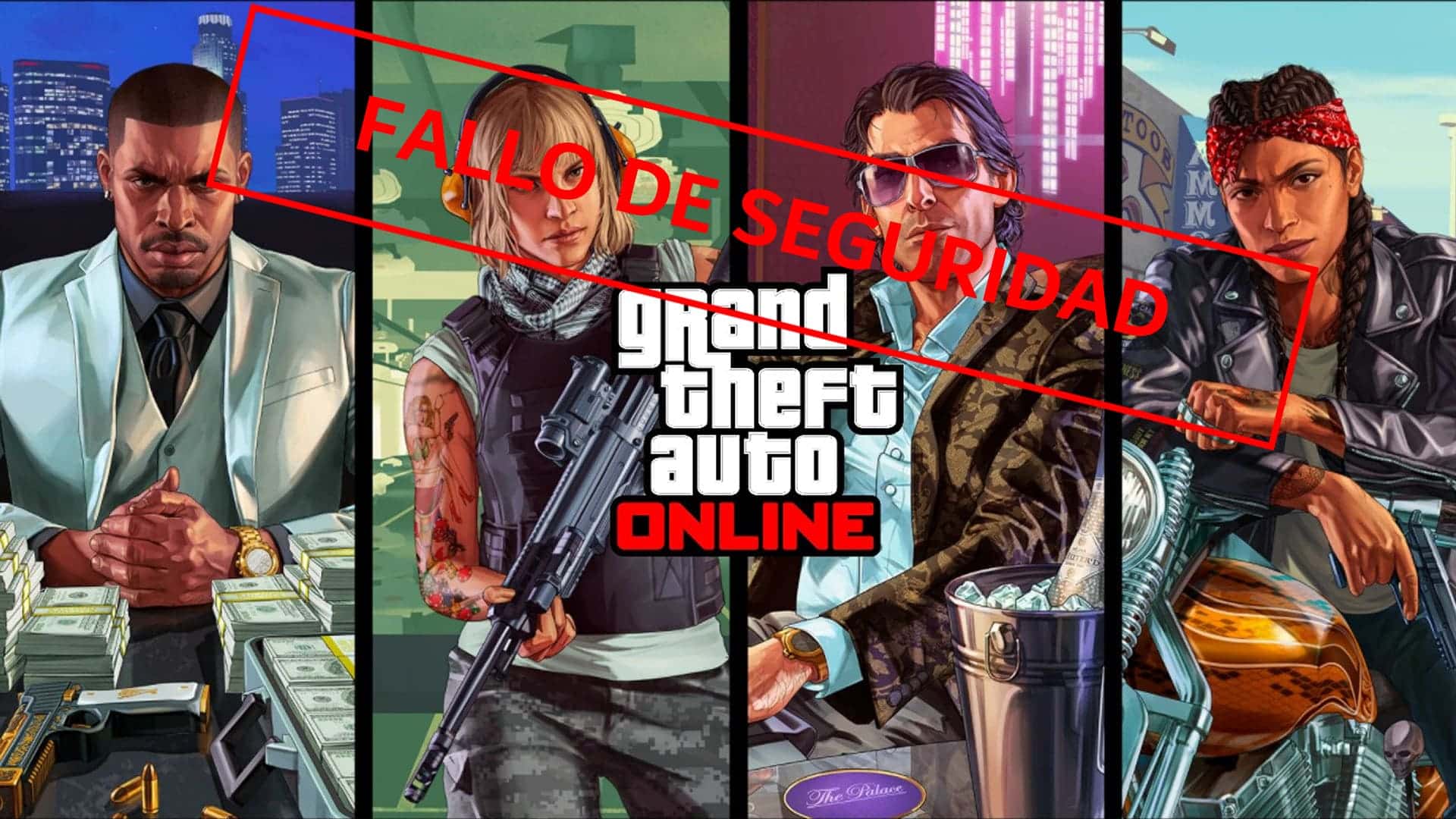 You should Avoid playing GTA Online PC in the next few days, at least until Rockstar Games decides to release an update fixing a serious security flaw. Specifically, it has been the user complexion2 Twitter is the one that has reported this big problem, which can mean not only the theft of your data, but also the closure of your account.

The supposed error is extremely serious, and can expose both your personal data and all the information stored in your account. It could even reach the point where they could delete your account using this «exploit» on the safety of the game. In addition, from a post on Reddit, users have echoed the issue, so it has been announced that we should be careful with this security problem.

Does the security flaw in GTA Online PC prevent us from continuing to play the title?

The failure itself does not prevent you from continuing to play the title, but it is recommended not to access it so as not to be exposed to this security breach, and thus try to prevent our data from being stolen or our accounts deleted. Right now the bug is exploited by some hackers who are engaged in illegal activities on the web, such as stealing accounts or hacking personal information.

The security breach can give hackers access to our PCs, causing them to install malware on our devices just for the simple fact of playing GTA Online PC.

It is assumed that Rockstar Games has been informed of this problem and they are working on a solution to address the situation in the shortest possible time. According to the user “Tez2”, the failure would be based mainly on the fact that any user with bad intentions could remotely modify the account data, corrupt your progress and even delete your account.

This fact can remind us of situations like that of Dark Souls with its online servers, when there was a hack and a security breach with characteristics very similar to the failure of GTA Online PC. At the moment we can only wait and see how the whole thing develops. We hope that soon an update is out correcting this serious error for those who want to enjoy GTA Online on PC.