Streamers League: their soccer tournament champions are defined in a face-to-face event at CA Los Andes 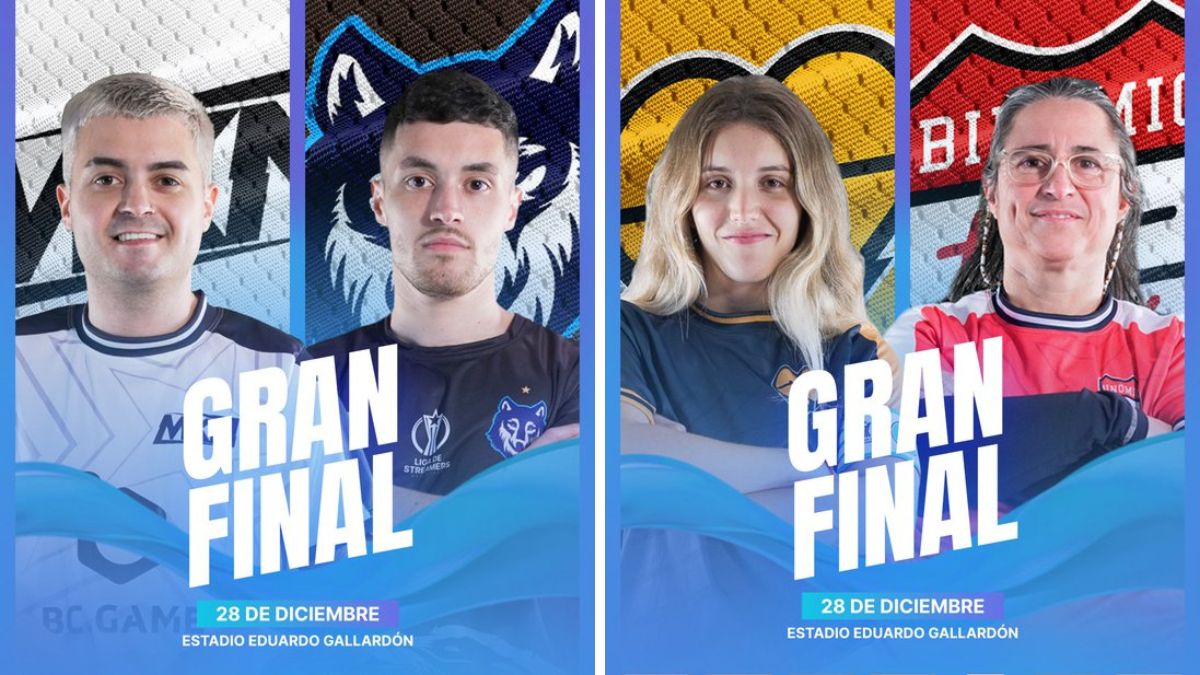 The Streamers League will come to an end but not before giving us 3 defining matches. Schedules, participating teams and more, in this note!

The Streamers Leaguean initiative launched by Razor Markito Y Camilita Fernandezwill dispute both the men’s final between MKN vs. The Wolves and the feminine definition that will find CPR vs. Binomial East Wednesday 12/28 in stadium of Los Andes Athletic Clubin Lomas de zamora. In addition, the men’s third and fourth place will also be played and all the matches are football 7.

from 3:00 p.m. until 7:00 p.m. from Argentina of this December 28, those who wish to follow him will be able to do so for free through the channel of twitch from Razor Markito or they will also have the possibility of going in person through the sale of official tickets of the Streamers League. The value of the popular It is $1000 pesos and the orchestra it costs about $1500. Both can be purchased at the Web from full show.

In any case, the billboard of the Streamers League 2022 will start with the Women’s Grand Final Come in CPR vs. Binomial. The team of CPR is made up of the Chilean Belu, Nati Jota, Lola, Martibenza, Chopa, Matilda, Lourdes, Barbara and Juli Savioli as an archer. CPR qualified by beating Pinky Blinders for 4 to 1 in semifinals.

On the other hand, the squad from Binomial has Alethia, Ampi, Agus Villar, Jovalicenti, LaDeMatematica, Can, Khamma, Ton and Milu Alarcon. They managed to prevail in the semis against The Chifroms with a 3 to 0 and from 3:30 p.m. They will fight to be crowned as the champions of the women’s branch. Then the duel will follow men’s third and fourth place which will have as protagonists Norlog vs. The grapefruit.

Those in orange had fallen in the last play against the MKN in a very close game that ended 1 to 0 and from the side of norlogit was defeat 2 to 1 against The Wolves. In addition, the dispute is established for the 4:45 p.m. with the following formations: zzk, tacser, tomi morales, roddri, Rufus, Alex Gomez, yintao, Nico Bongianino and Enzo Gomez for norlog and the Monkey, Nano, Morocho, Iñaki, The Witch, Bacha, Caiba, Pescia, Unicorn and the favorite of chat, the cobra with the #40 in the back.

Finally, the main course of the Streamers League It will be the men’s final of the MKN vs Los Lobos. during what was the Group stage these two teams were the ones who occupied the first places in the table, something that positioned them as favorites to play the decisive match.

The MKN will go out on the field with his own Razor Markito in company of Sixto, Chupini, Facu Navajas, Flecha, Gonza Palomino, Leo Pereyra, Rodrix and Coscuwhile The Wolves will seek glory with Arioolo, Teico, Polzka, Straka, El Diez, Goncho, Capi, yeyito and santi arigibay (winner to Best Sports Streamer in the Coscu Army Awards 2022) near the 6:00 p.m. from Argentina. Who are your candidates to keep the trophies of the Streamers League?