By CooperJanuary 23, 2023No Comments2 Mins Read 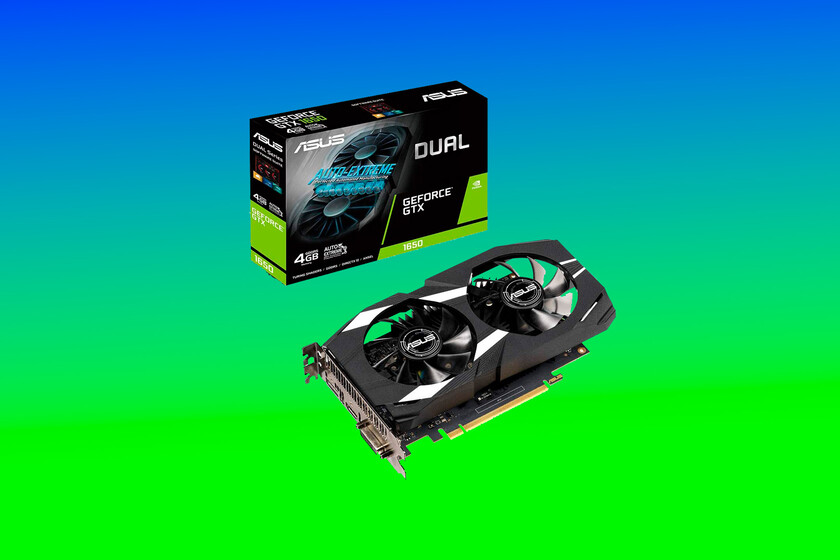 The PC Gaming market has exploded in recent years, with prices for basic components making it impossible to acquire one of these devices at sensible prices. Nevertheless, In recent months we have seen how everything has stabilized, partly due to the crisis that the sector is going through, with a really worrying last quarter of the year for the assembly companies.

In the event that you have been waiting to build a Gaming PC, or simply to update your old computer, now we are facing the best moment of the last two years. In fact, if you don’t want to spend a lot of money, now you can take the Asus NVIDIA GTX 1650 for only 199.89 euros in PcComponentes, instead of the 249.90 euros that its PVP marks. This supposes a discount of 50 euros on its final price.

Specifically, we are talking about the Asus Dual GeForce GTX 1650 V2 OC Edition, a graphics card in which the assembler has incorporated two fans into its compact chassis, with the intention of controlling high temperatures while we play. In terms of connectivity we will have the option to choose by an HDMI, a DisplayPort and even a DVI inputin case we have a monitor with a few years on it.

Regarding the power of the device, this model will be able to offer us a good performance in Full HD in most games on the market, although yes, with the impossibility of playing at a higher resolution, due to the 4 GB of GDDR6 VRAM, which will be somewhat bare for 1440p. Although yes, it should be noted that it is a model that has a dose of extra power, thanks to the overclock that comes from the factory.