By CooperDecember 22, 2022No Comments6 Mins Read 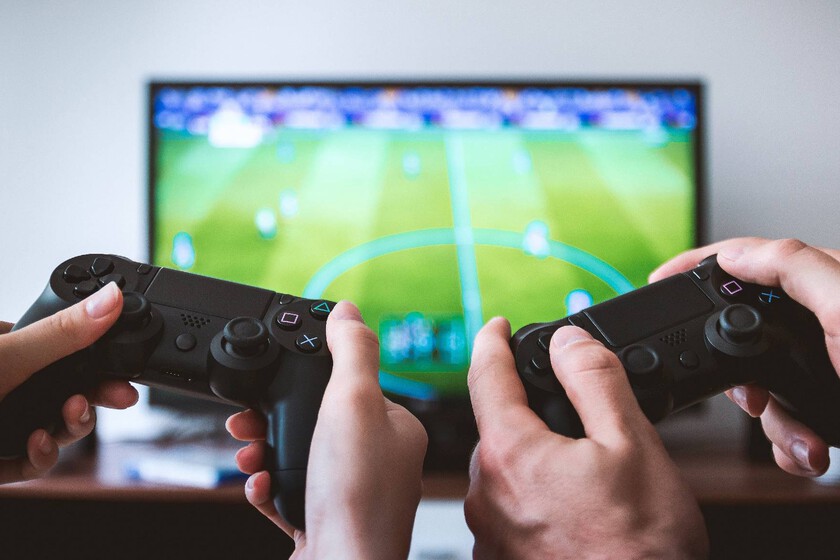 When buying a video game, there are those who prefer to opt for the Physical format to have it with its respective box with a cartridge or disc, depending on the platform, but there are also those who don’t care about all this and prefer to opt for the digital format. Of course, over the years it can be seen that many more choose the second option.

You only have to take a look at the data provided by the GamesIndustry.biz portal to verify that the vast majority of users are very clear about it and want to have their games digital, hence the largest amount of money that enters the industry it is this way. All this can be seen in a series of graphs that we have prepared so that you can see everything better.

To begin with, the following numbers correspond to the money in dollars with figures ranging from 2019 to the present. For example, in these first two graphs you can see that console video games generate more money compared to PC games, although the numbers for both parties are really impressive. But moving on to what is really important, such as the comparison between the physical and the digital, there has been an abysmal leap since 2019 in the digital sector. Of course, it is noticeable that the pandemic has considerably influenced this situation, because it was from 2020 when all the numbers have skyrocketed because initially people could not leave their homes to buy the games in stores near their homes. .

Therefore, there was no choice but to choose to go to digital stores. Thus we can see that in 2019 video games of this type generated more than 60,000 million dollars and in three years the figure has practically tripledleaving a clear trend that more and more are betting on digital. In addition, In the case of physical games, the exact opposite happens. In general, the figures are quite lower compared to the digital ones, so that the industry’s income from physical games has been falling in the last four years, going from 16,000 million dollars to being almost below 10,000 million. , which is not that it is a trifle. On the other hand, in this other graph it can be seen that since the pandemic began, very few users have purchased their PC games physically. At most, it remains in 2% of the population, while the remaining 98% prefer to go to digital stores directly. In the case of the console market, the situation is not very different because the digital format also reigns quite a bit, although here at least there are many more who prefer to have their games in physical form. More or less a little more than a quarter of the usersas it happened in 2020 and also in 2022. From everything seen so far, it seems that the physical format will end up disappearing sooner or later. The numbers are there speaking for themselves and everything cannot be blamed on the pandemic, because today people can go out on the streets without any problem and despite everything, the digital format continues to be much more in demand.

Companies are fully aware of what is cooking and they are responsible for leading us towards a future in which the physical format gives the impression that its days are numbered. For example, we are already watching series and movies thanks to services like Netflix, HBO, Prime Video or Disney Plus and how they give us access to fast content online without having to buy a DVD or Blu-Ray to watch any product.

Well, with video games three quarters of the same thing happens. There we have Microsoft with its Xbox Series S, which has put aside the disc player and you still take home an amazing console. Especially thanks to Xbox Game Pass, the service with which you can enjoy more than a hundred video games simply by downloading them or even playing them through the cloud. Something quick and direct and without taking up space on physical shelves. In fact, those from Redmond are not the only ones who have thought about it, because Sony launched a PS5 with a reader on the market and another cheaper PS5 in which only titles in digital format could be installed. What’s more, there are not especially few rumors that Sony is working on a new model with a removable disk reader that connects through a USB-C port.

Also, digital stores like Epic Games Store, GOG either Steam They are also doing their part so that digital prevails thanks to their exclusive releases in this format, but above all because of the free games that they give away from time to time. Without going any further, both the Epic Games store and the CD Projekt RED store are constantly offering us the opportunity to get hold of titles without paying anything in return.

In the end, they are factors that influence and condition users so that in most cases they choose to buy and/or download, install and play instead of having to leave home to go to the store on duty or order something from Amazon. . Undoubtedly one of the keys is in the immediacyfor being able to have something instantly and faster instead of having to wait for you to get home. Of course, this does not mean that the physical format is not worth anything, far from it, because it is also worth having boxes and seeing the collections on the shelves or acquiring collector’s editions for the items that are included in them. However, how long will they continue to be distributed considering the current situation and the one that is coming?

at the rate we are going maybe all these products end up becoming relics. Time will tell if the trend continues to rise or not, although after what has been seen it would be strange if this were not the case and something happened to change the tables.