there are players who have passed these games without killing anyone

By CooperDecember 27, 2022No Comments7 Mins Read 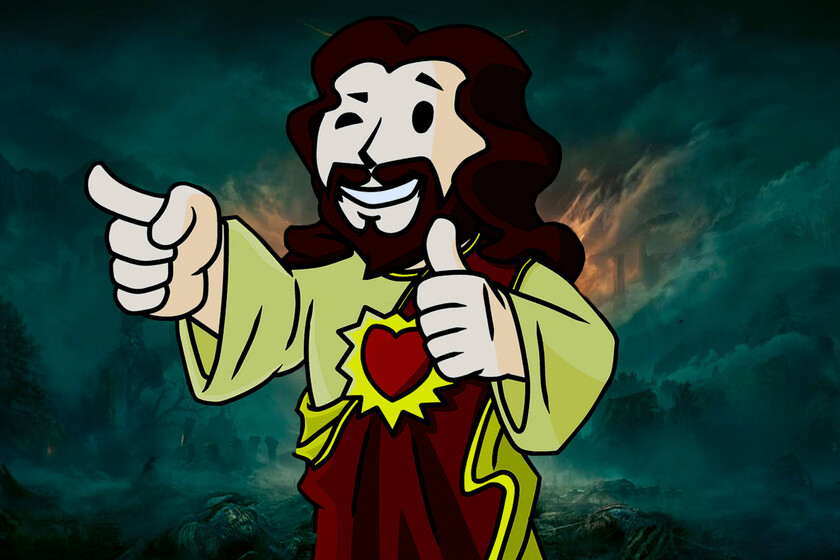 Fear, hate, anger…these are pathways to the dark side. Video games can bring out the worst in us on many occasions. And it doesn’t matter if they are stories, cooperative or multiplayer! Pull the trigger, dismember and kill not always an obligationIt is often an option.

Some players try to play under a certain moral code and/or act as we would in that situation. Other players prefer to solve everything by means of violence. However, there are a few who deny all violence… at least the violence that can come out of them. That of others is another song.

The Pacifist Mode In video games it’s simple: complete a game or play a game (if it doesn’t have an end) without killing anyone. This implies that no direct action can cause harm and/or death to any being.

The premise is simple. The moral flexibility of each pacifist varies, almost always more forced by the game than by the user himself. In any case, below you can take a look at a list of games that have been completed or are being played in Pacifist Mode.

They say the best is saved for last. And a damn! We start strong. The user Iron Pineapple shows us how he completes Elden Ring in Pacifist Mode. His philosophy is simple: don’t attack. Similar to Batman’s philosophy in Batman Begins:”I’m not going to kill you, but I don’t have to save you either“.

Iron Pineapple he makes use of summons and some tricks with gravity to overcome his enemies without touching them a hair. Let’s just say he’s a soft-spoken pacifist. He doesn’t kill, but he doesn’t care if others kill for him. the matter of radahn It’s to frame it.

Dark Souls I, II and III in Pacifist Mode

Did you think that Pacifist Mode is an Elden Ring thing? The SoulsBorne community is crazy. On this occasion, the user ymfah shows us how to complete Dark Souls Remastered in Pacifist Mode. Remember that invocations are a matter of Elden Ring and that in Dark Souls there are only allied NPCs.

Ymafah uses a lot of tricks and technical knowledge of the games to overcome all the obstacles that the three games present. In addition, the videos have a very funny edit and that enters alone Enjoy them!

It can’t catch you by surprise. You’ve seen Elden Ring and the Dark Souls trilogy in Pacifist Mode, so now it was Bloodborne’s turn. And repeat Ymfah with his crazy runs and fun video editing! In addition, he again uses tricks and technical knowledge of the game to overcome him.

bloodborne it is especially complex to the point of requiring much more time and tricks that explode your head. I recommend you watch the entire video because it is not wasted.

Wanting to play Skyrim in Pacific Mode is like entering GTA Online thinking that you’re going to last more than 10 minutes driving according to traffic regulations. However, our good friend ymfah returns to give us a flexible, but ironclad lesson in morality: Skyrim can be completed in ‘Peaceful Mode’.

This gentleman is the chosen one the choose one, from the Matrix of video games. He doesn’t see the game like we do, he just sees 0’s and 1’s everywhere. If he wants, he can…and it is.

The real madness arrives with Cuphead in Pacific Mode. The funny thing is that the game has the P-rated in all its levels, which indicates that the player has passed it without shooting. Or put another way: in Pacifist Mode. It even has a reward: the Black and White filter.

The content creator The Inhuman One not only does he get it, but he explains how to do it in his video. This is unnecessary insanity for any sane mind.

Battlefield Hardline brought a very fun weapon to the table: the stun gun either teasera non-lethal weapon (non-lethal takedawn) that allows you to take kills without killing your enemies. Challenges began to emerge between the communities: “Zero Kills Challenge” and the like. The content creator Matimi0 shows us how his experience was during the challenge.

And it’s not the only one. The content creator powerhan He is another of the many players who have played Battlefield 1 (more than once and twice) as medics and without killing anyone. Like in the movie “To a man” (movie, by the way). It is dedicated solely to supplying medkits and reviving allies while covering itself with smoke. “only revive“He names it.

If it’s already difficult to win in any battle royale, imagine doing it in Pacifist Mode in PUBG: Battlegrounds. The content creator Far Lands or Bust with KurtJMac he gives us a lesson in pacifism with his friend in a completely hostile environment. The stars aligned, there is no other explanation.

Peaceful… but not very. The content creator The Achievement Planner joins the challenge with Resident Evil 2 Remake… although he clarifies an important rule before starting: only kill when necessary to progress. Although it does not fully comply with pacifist ideals, it is admitted because you have to be very touched in the head not to kill even the dead.

In any case, you have the rules at the beginning of the video. If you think this case doesn’t deserve Pacifist Mode, skip to the next one and forget you saw it. As the penguin says Madagascar:”You have not seen anything at all“.

If the case for Resident Evil 2 Remake was in doubt, this one could spark sparks in comments. The thing is like this: the content creator DarkViperAU It is proposed to complete GTA V in Pacifist Mode. Spoiler: you can’t in the strict sense of the mode, so set your rules.

In summary: it does not kill unless it is absolutely necessary to advance. Most of the time he uses a melee weapon, although on certain occasions he requires a pistol for force. Your rules have convinced me. The last video was two months ago and the first video of him was three years ago. For that alone it deserves to be on this list.

The user Bazza Gazza goes a step further with Pacifist Mode and gets into the role in Overwatch: use zenyatta, who is a pacifist by lore, to be a pacifist during fighting. His goal was to win a game with 0 eliminations. The result is funny to say the least.

In addition, many players have played and continue to play other games in Pacifist Mode: Rust, Project Zomboid, fallout 4, gta online and many more. Not all games lend themselves to it, but you can always try.

These are some of the games that have been completed and played using Pacifist Mode. I’m sticking with SoulsBorne because they’re really fun to watch. What about you? Do you know of another game that has been completed or played in Pacifist Mode? I invite you to mention it in comments Y tell us your experience if you have tried this mode.