By OliverDecember 29, 2022No Comments3 Mins Read 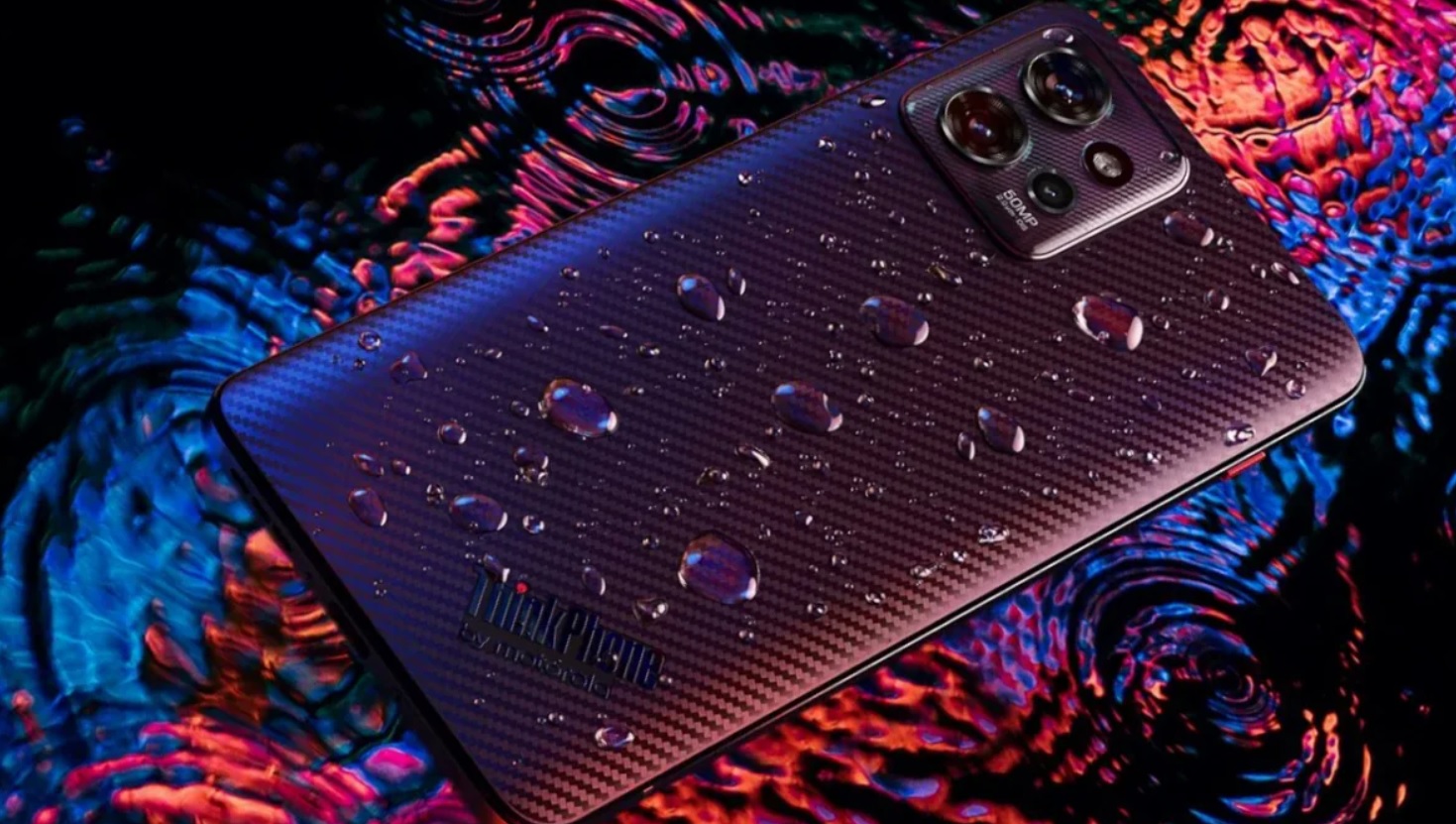 Apparently, Motorola already has the perfect companion in mind for Lenovo’s ThinkPad line: the ThinkPhone. Thanks to some leaks, several details of this new smartphone of the brand would already be known. We tell you here!

The rumors and leaks are beyond power. This same week we told you that the promotional images of the next Samsung Galaxy S23+ and S23 Ultra. Now, the news is about Motorola and his new smartphone ThinkPhone which comes to keep the line company ThinkPad from Lenovo.

Apparently, Motorola is nearing the launch of its new ThinkPhone which (as reported TheTechOutlook) would be 158.7 x 74.4 x 8.3mm in size with a 6.6-inch flat POLED display and an AF-equipped 32MP in-display punch-hole camera. Also, the phone will have an aluminum metal frame and would weigh around 189g.

As for its back, the smartphone would have an aramid fiber inlay body to give it some durability without the casing and the name would be written at the bottom ThinkPhone. All of this would match the simple and subtle aesthetics and designs of the products. think.

As for the camera array, the Motorola ThinkPhone it would come with a triple lens system. That setup would include a 50MP primary sensor, a 13MP wide-angle lens, and a 2MP depth sensor.

On the other hand, the smartphone would be equipped with the latest wireless fast charging technology, with fast file sharing, laptop control and multitasking with screen sharing, among other tasks. It will support 5G network and have Google assistant voice control with some gestures like quick flashlight, three-finger screenshot, lift to unlock, swipe to split and more.

As for the sensors, the ThinkPhone it would have an in-display fingerprint sensor along with proximity, a face-down do not disturb mode, ambient light, accelerometer, gyroscope, SAR sensor, and barometer. Also, according to the additional leaked images, the device would have an IP68 certification for resistance to water and dust.

Other leaks said that this smartphone will sport a Snapdragon 8+ Gen 1 processor, which would give it fast charging capabilities of up to 68 W. On the other hand, TheTechOutlook points out that the ThinkPhone have a RAM of 8 GB + 12 GB and a storage of 128, 256 and 512 GB.

It is also rumored that this upcoming device of Motorola run Android 13 out of the box. However, as we always point out, these are all rumors and leaks, so let’s take them with a grain of salt. So far there is no official information available and it is not known when it will be released, although it is expected to be in 2023.