By CooperJanuary 26, 2023No Comments6 Mins Read 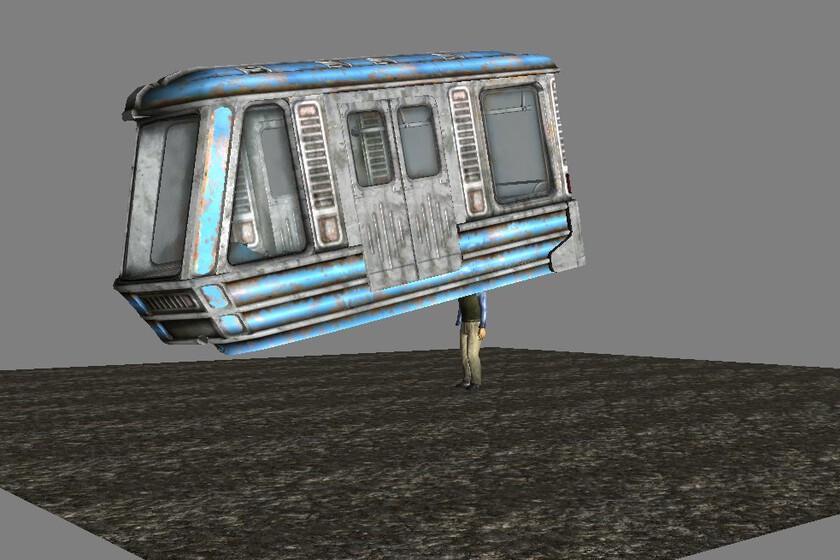 There are situations on the Internet that are like a spark that ignites something bigger. The user SuperPod Saga asked a few days ago on Twitter than “What’s the most useless fact about video games you know?”. A question that has been replicated by thousands of people in a very short time and has given us a totally absurd amount of information. However, it is inevitable to recognize it: it is like a drug that we cannot stop seeing. That is why we have compiled a few for you to have fun.

The drakengard world map is europe but upside down https://t.co/ijHYlDqRO2 pic.twitter.com/0zia0UM8JM

In KH2, there’s a large cargo net in Port Royal that’s technically coded as a party member, meaning that if you cause it to get the last hit in a required story fight, the camera dramatically zooms in on the wooden post. https://t.co/CK91llQBEe pic.twitter.com/Sl4qtRiEQ6

In KH2, there’s a large cargo net in Port Royal that’s technically coded as a party member, which means that if you make it land the last hit in a story fight, the camera zooms dramatically in on the wooden post.

Gwynevere has no back.

In Aquatic Ruin Zone Act 2 if you stand on this log and don’t jump, it falls on the water and you can ride it for a short time. https://t.co/JAvdCSG9fh pic.twitter.com/WGYeWzJYuD

In Aquatic Ruin Zone Act 2, if you stand on this log and don’t jump, it falls into the water and you can ride it for a short time.

In Final Fantasy 9 if you spam summoning the save moogle in the overworld they threaten your life and go absolutely crazy https://t.co/pA2y30T9G9 pic.twitter.com/3aqqNWH8fm

In Final Fantasy 9, if you spam summoning the moogle to save game in the overworld, they threaten your life and go absolutely insane.

It was discovered relatively recently that there is an npc in the Orchid City of the 2 generation remakes that if you release all your pokemon that can learn flight or surf to try to stay locked up on the island, it gives you a tentacool to avoid that https://t .co/IP5M0YEA1L pic.twitter.com/8tlfcgpbPz

In Crash Bandicoot N’sane Trilogy if you wait still for Crash to do the animation of him throwing a Wumpa and interrupt it you will be able to play a purple stained Crash for a while until you tap or remove himself. https://t.co/3O9GMNXS89 pic.twitter.com/FViFUvr5SF

in the internal files of cooking mama 5 there are stolen stock images with watermark and everything https://t.co/QxoFBmlJvB pic.twitter.com/B1jZoyINN0

For whatever in Castlevania Lords of Shadow the lady of Elche appears https://t.co/WPHg8sqrHc pic.twitter.com/LNa8rFtKTS

In Celeste’s files, if you manage to crack the game’s sound effects bank you’ll come across a “wow_so_secret.wav” and if you play it, it sounds like a rickroll with Madeline’s voice https://t.co/HWvx4LyypK pic.twitter.com/ii9f3r41kz

In Zoo Tycoon, the orangutan is the only animal that can’t be placed in a tank that the Plesiosaurus will attack and kill. https://t.co/4xvPRzWpCd pic.twitter.com/LF2k8oVvZJ

In Zoo Tycoon, the orangutan is the only animal that cannot be placed in a tank, as the plesiosaur will attack and kill it.

In GTA 5, the game makes you invincible around the starting points of missions, meaning that the mission “dead man walking” can be started by crashing a blimp into the observatory https://t.co/pjBZruzhJ4 pic.twitter.com/c9Mo4hB51n

In GTA V, the game makes you invincible around the starting points of the missions, which means that the “dead man walking” mission can be started by crashing a blimp into the observatory.

The person in charge of the sound effects of the game Black Mesa, created the sound of stepping on puddles spanking his wife with a wet hand https://t.co/yPAPmuUznq

When in Fallout 3 you are a baby, you are actually a miniature adult, only they put the camera in first person so you can’t see it https://t.co/XaBx1H2VQb pic.twitter.com/cG0DnDnXAJ

the giant cones in yakuza exist because one of the programmers made a mistake with the measurements, but they found it funny so they kept it that way for the rest of the saga https://t.co/x3Gh9fPtKF pic.twitter.com/53jYhK1WKA

In Fallout 3, the developers were unable to create a functional subway train so they put the subway as a head for an npc and had it run under the map. https://t.co/Wos3ELU6ir pic.twitter.com/uuLLXGcX47

I don’t know if this happens in other generations, but in pokemon Black and White the text of the grandmothers goes slower than that of the other NPCS, because older people generally speak more slowly. Here’s a comparison https://t.co/d0nkU99Lf0 pic.twitter.com/VgWay56PNW

In MGS 3, after Snake loses his right eye, the right part of the first person vision is obscured, the madness is that in its Nintendo 3DS version you won’t be able to use the 3D function of the screen because with only one eye you can’t see it. perceive depth well. https://t.co/ZYmaJ9FRHH pic.twitter.com/cMekiYBKIy

The copier shown in Tom Nook’s office is a Xerox Workcentre 7225. https://t.co/29QesHn3E9 pic.twitter.com/luGHzG1joM