where to find all the Trolls to get Steinbjörn’s Armor

By CooperDecember 27, 2022No Comments3 Mins Read 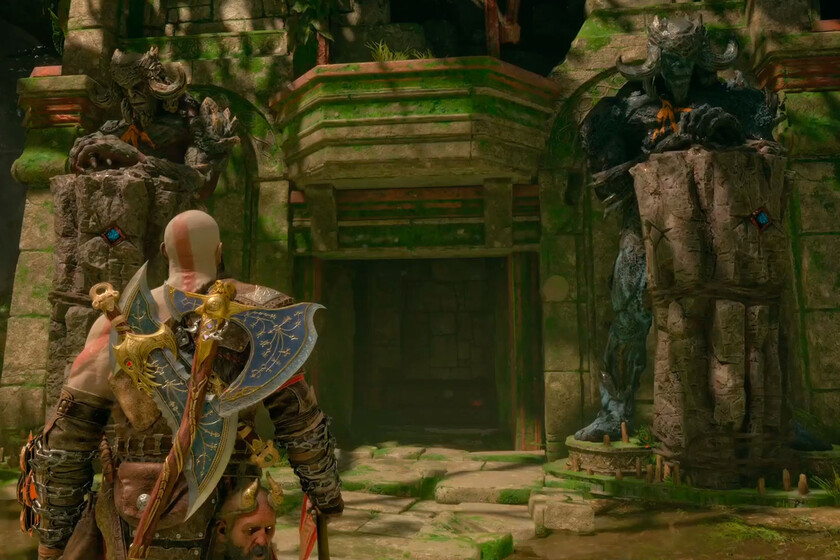 If you thought you knew all the secrets of God of War Ragnarök, let me tell you that you probably have a few things left to discover. I have already told you that the relic called Mysterious Relic It is achieved in Midgard and is used to awaken the dragon El Perpetual, a secret boss hidden in plain sight.

The point is that the Mysterious Relic has another function: to make a series of stone Trolls come to life. If you defeat them, you get raw material to make Steinbjörn’s Armor, whose abilities are very useful.

Trolls and Steinbjörn’s Armor in God of War Ragnarök

The Mysterious Relic is in the area south of the Temple of Tyr. You have to look for a glowing ice block with a yellow light and use the Spear of Draupnir to destroy it. You must get the spear first, obviously. Inside you get the Purchase Receipt (Scroll of Knowledge), the Mystic Relic and a Red Chest that will give you materials.

You already have the Mysterious Relic. Now you can go for the dragon El Perpetual or for Trolls. The order doesn’t matter. If you decide to go after the Trolls, you should know that they are 4 spread over 3 locations. Don’t you get the accounts? There is a double combat.

You have the exact locations, details of the route and the fights in the video that you can see just above. fights are a challenging challenge if you go at go time and it won’t be a big deal if you go late game. In any case, the object that interests you are the dream stones. Mimir will tell you to visit the smithy when you get the first one. Wait until you get them all.

When you kill all four, go to the smithy. You will see that you can make the Steinbjörn’s Armorwhose abilities are the following:

In the video you can also see the maximum armor crafting and upgrades. Personally, I don’t think it’s one of the best in God of War Ragnarök, BUT… it could be the perfect armor for those who decide to play New Game+ on high difficulties and who take a lot of damage in combat… like me during my double fight against the trolls.