Disney Lorcana: everything we know about the new card game that wants to compete with Magic: The Gathering and Pokémon

By CooperDecember 22, 2022No Comments4 Mins Read 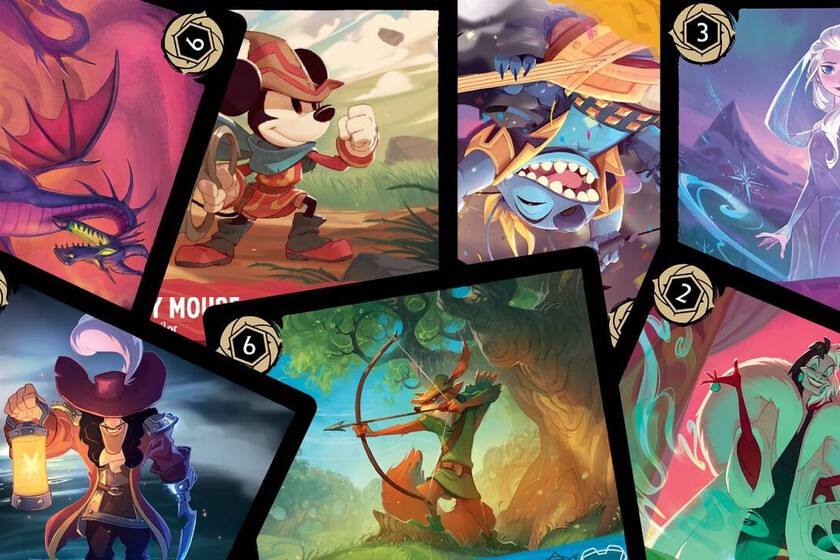 Presented during the D23 Expo in Disneyone of the great novelties of the house of Mickey, Marvel and Star Wars is to embrace collectible card games with Disney Lorcana, its new bet in the world of TCGs in the purest Magic style: The Gathering, Pokémon and Yu-Gi-Oh.

Hand in hand with its iconic characters, lorcana disney will invite us to collect sets, fight alongside heroes and villains, cast magic and, as usual in these cases, leave us some money in cards. That is Everything we know about Disney Lorcana.

lorcana disney born from a new collaboration between Disney and Ravensburger after the resounding success of board games villains with Disney and Marvel characters. The idea behind the game is to become a TCG with sets that will hit stores from time to time offering new cards and collections.

The strategy seems to be more focused on packs, as in magic or Pokémon, which in more closed sets like those of Marvel Championsso if the project ends up working you can expect a new batch of letters every few months.

When will Disney Lorcana arrive?

Although it does not have a fixed release date, we do know that lorcana disney will hit US stores at some point in fall 2023. While there’s no data on a large-scale release reaching other parts of the globe, hopefully if they plan to offer multiple sets a year they won’t miss the opportunity to spin the wheel everywhere.

Specifically, as with other similar TCGs, the official plan is to launch four expansions a year that, in addition to offering novelties in characters and magic, will also expand a story that will begin with the first set, called The First Chapter.

The first cards of Disney Lorcana

The first letters presented during the fair D23 They featured some of their first main characters like Cruella de Vil, Robin Hood, Stitch, Maleficent, Elsa, Captain Hook and Mickey Mouse.

However, with the intention of heating the environment, from the account of Twitter from lorcana disney They have begun to offer previews of other new cards like the one you have below, which looks like a spell to destroy another character. Although for the moment the specific rules of lorcana disney, the cards presented do offer us a small glimpse of how the game will work at the level of mechanics. The main thing is to know that the mana from other games here is renamed ink (Ink) and that with it we can summon different types of cards based on their archetype.

The types of ink Confirmed so far are Steel, Ruby, Emerald, Sapphire, Amethyst and Amber, while there are other cards such as actions or spells that do not seem to respond to any specific type of Ink. The strategy seems similar to that of magic with its colors.

Among the mechanics presented so far we find:

Will there be Marvel or Star Wars cards at Disney Lorcana?

At the moment, no details have been revealed about the future plans of the game at the level of news, but it would not be unreasonable to think that, if the game succeeds, sooner or later they will use other franchises for new sets, such as the movies of Pixar, Star Wars or Marvel.