By OliverDecember 19, 2022No Comments4 Mins Read 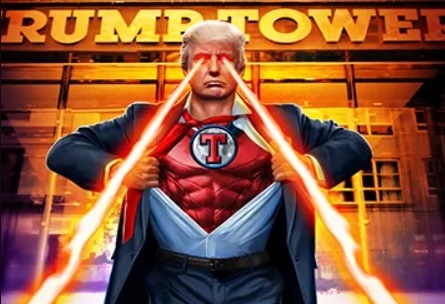 Just when you think you can’t be surprised anymore, former US President Donald Trump arrives and launches his own NFT collection with designs that will leave you speechless. Know the details here!

To close the week, the former president of the United States donald trump I had planned to give a “big announcement” to his followers and fans. Many of these got excited and believed that it was going to be something related to politics. Nevertheless, Trump He surprised everyone by getting on the NFT scene and launched his own collection.

The former president of the United States announced these “digital trading cards Trump”, which show the “life and career” from the businessman, in a publication on his network TruthSocial. Although at first he was not very in favor of NFTs, the politician seems to have changed his mind. In the video we hear him say: “My digital trading cards Trump Officials are $99, which doesn’t seem like a lot for what you’re going to get, but I want them to join a very exclusive community, it’s my community, and I think they’re going to like it a lot.”

Besides that, Trump added in the video that each card comes with a chance to win “amazing prizes”, like a dinner with him. The funny thing is that the same Trump clarifies: “I do not know if that is an incredible prize, but it is what we have.” But that’s not all, there is also the possibility of going to play golf in one of his courses, having a zoom call, getting something signed by him and much more. “we are doing a lot“, said donald trump after listing some of the awards.

As if that were not enough, there is also the opportunity to go to a gala dinner in South Florida with Donald Trump, as long as you buy 45 digital trading cards. By the way, if you buy that amount, you have 45 cards from the former president of the United States and 45 chances to participate in the raffle for the others “amazing prizes”.

On the other hand, the businessman said that, as the holidays approach, that these cards also serve as a “great christmas present” and that we hurry to buy them before the 45,000 cards that were made for this initial series run out. What’s also surprising is that they’re already sold out, at least that’s what’s listed on the page.

Each Trump Digital Trading Card o Digital exchange card of Trump “has a unique pre-assigned rarity”. However, not all are unique, as some are “limited to 2, 5, 7 or 10 copies”. The website makes it clear that “no digital trading card of Trump will have more than 20 copies in stock.”

In case you want to see more of these NFTs, we tell you that we all see donald trump with a different background and costume, from soldier, wrestler and NFL player, to superhero (with a T on his chest and a belt that says Trump Champion), astronaut, cowboy and more.

To clarify, the page for these cards makes it clear that the money generated from this NFT collection will not go to the presidential campaign of donald trump. “These digital business cards are not political and have nothing to do with any political campaign. NFT INT LLC is not owned, managed or controlled by Donald J. Trump, The Trump Organization, CIC Digital LLC nor any of their respective directors or affiliates. NFT INT LLC uses the name, likeness and image of Donald J. Trump under a paid license from CIC Digital LLCwhose license can be terminated or revoked in accordance with its terms”, they explain in the frequently asked questions.