By OliverJanuary 25, 2023No Comments2 Mins Read 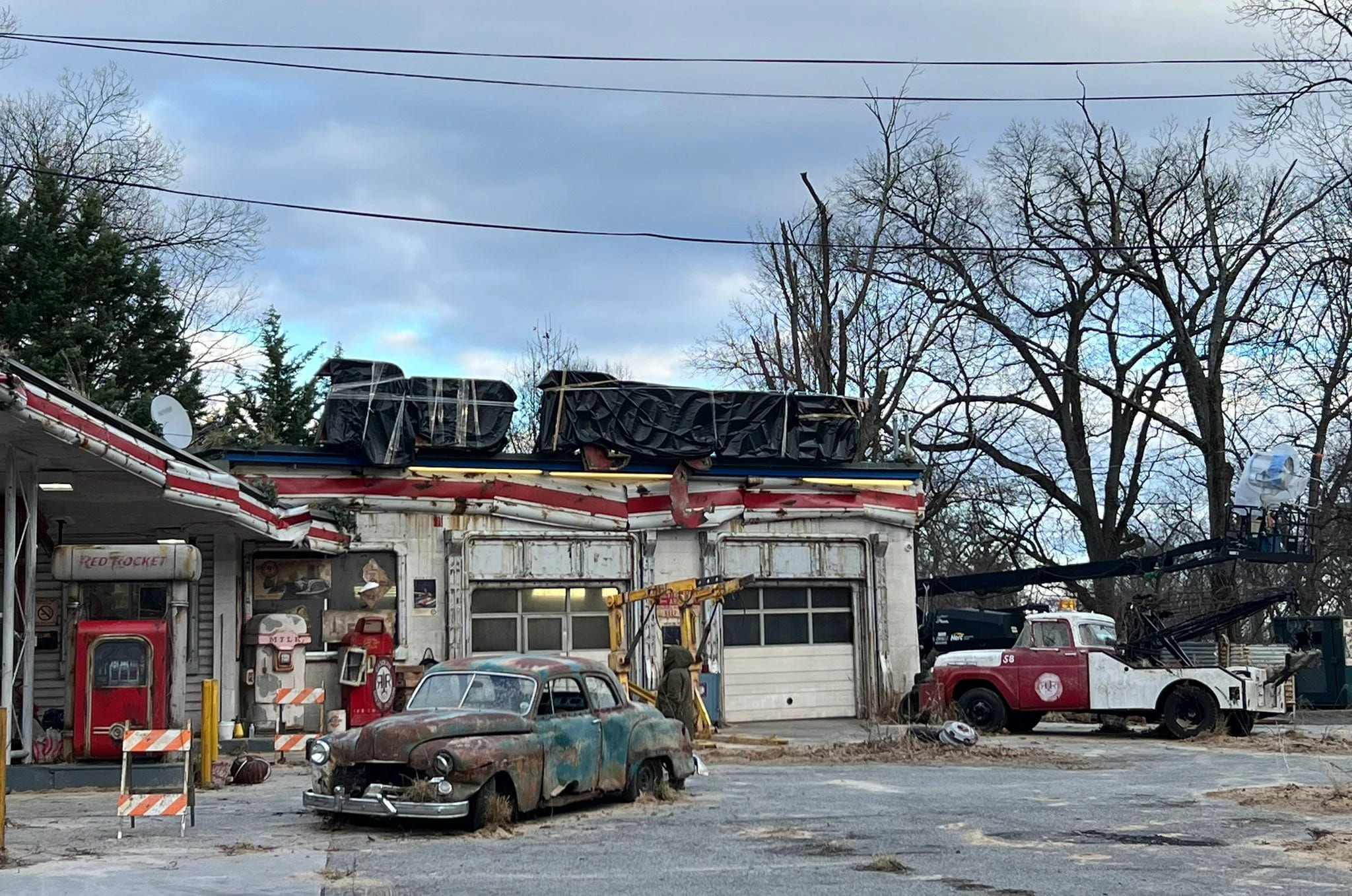 New Fallout set images reveal what the famous gas station we saw in the game will look like. We show you in this note!

series of Prime Video based on one of the best-known video game franchises, falloutis getting closer to starting its recordings and new images of the set were leaked where we have a first look at one of the most emblematic places: the service station Red Rocket. In these photos we can see how the set is being built, so it is not the finished service station.

In case you are not a fan of the game or you do not remember what place we are talking about, the seasons Red Rocket They appear throughout the Fallout installments. It is a national chain that provides refueling services for both automobiles and nuclear engines. And for the photos that a user uploaded in Twitterwe can say that the series will follow the design that was used in Fallout 3, Fallout 4 Y Fallout 76.

“Drive in, Fly out!”— Company slogan
Red Rocket Corp, simply known as Red Rocket, was a pre-War company that operated a nationwide chain of filling stations for automobiles, characteristic for their Raygun Gothic architecture. More to eat. pic.twitter.com/AVg8gBsWkd

For now, the only official image that he took Amazon he showed us the Vault 33. Since then, other images were leaked where we could see the Super Duper Mart and other set elements that looked like they were taken from the game. But many of them are no longer available as Amazon He took them down due to copyright.

As for the series itself, as confirmed Todd Howardthe director of the studio that created the franchise Bethesda, it is not going to follow any story that has been seen in the games. This is because it will take place in a different area of ​​the world we already know. fallout It does not have an official release date at the moment, but considering that it will begin recording this year, it could reach Prime Video a end of 2023 or beginning of 2024.