The story of this saga is a cocoa, but it has marked me for life and you have it in full on PlayStation Plus

By CooperDecember 29, 2022No Comments6 Mins Read 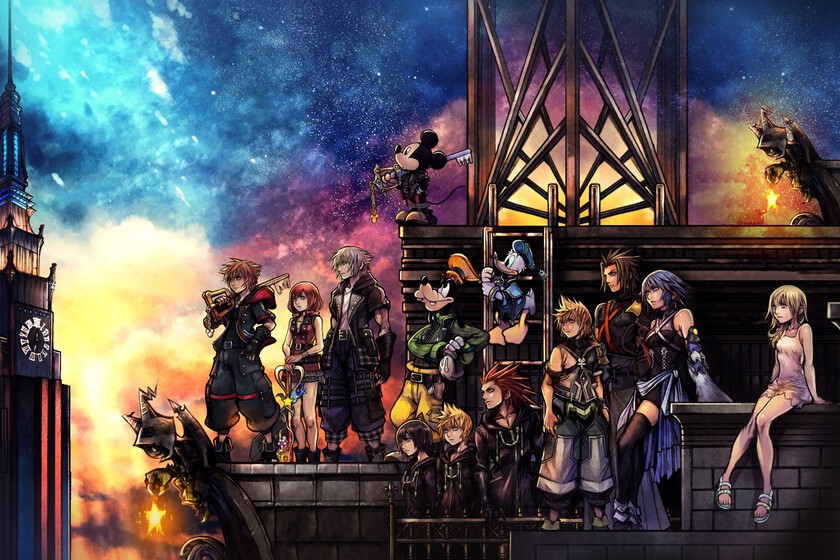 I am not the most prolific player in JRPGs. I’ve barely passed a handful of them, but I have to admit that it’s a genre that marks me forever when I play it. Final Fantasy VII seems to me to be a masterpiece without discussion and Kingdom Hearts has earned a place in my heart.

I have felt that way since that Christmas in 2002, 20 years ago, when I asked the Three Wise Men to bring me that PS2 adventure that was advertised on television. I didn’t know who Cloud, Sora, Riku and company were, I was just fascinated to see such a world with Donald, Goofy and Mickey dancing in the middle.

Throughout these two decades, Square Enix has known how to squeeze the goose that laid the golden eggs at the cost of irreparable damage. However, there are installments of the franchise that are fabulous and the best thing is that they are fully available on PlayStation Plus Extra and Premium. So, we are going to review the benefits and weaknesses of each of them.

The gameplay varies depending on the game you’re playing, but basically you’ll come across a real-time action RPG in which you’ll be able to make use of abilities, physical attacks, and magic. You will not be alone, because the Disney characters of each world accompany you to fight by your side. Of course, Donald and Goofy are absolutely inseparable.

The argument is simple: Sora, Riku and Kairi They are three friends who want to leave Destiny Islands to live an exciting journey into the unknown. However, everything is cut short when their world disappears due to the threat of the Heartless. Separated between worlds based on the animated company, seasoned with characters and elements of final fantasyour task will be to put an end to the Darkness to reunite with our companions.

A basic premise that becomes intricate with the next two spin-offs, Kingdom Hearts Re: Chain of Memories and Kingdom Hearts 358/2 Days. The first is a remake of the GBA opus for PS2 in which the combat system is based on the use of cards. The second contains the enhanced scenes from the Nintendo DS title and provides a unique look at what was happening at another time during the events of the main games.

The exponential leap comes with Kingdom Hearts II, the pinnacle of gameplay and storytelling in the series. The number of minigames, events to carry out and challenges available represent a radical change that is complemented by the progress of the story. And it is that Nomura knew how to add the necessary doses of complexity to concepts as simple as Light and Darkness. The worst installment of the saga comes with Kingdom Hearts Re: Coded, which is a forgettable spin-off in which we will visit the memories of Jiminy Cricket’s diary. Narratively it contributes very little and that is precisely what we will find with all the revamped cinematics. To close this fabulous edition we come across Kingdom Hearts Birth By Sleep, a prequel 10 years before the events of the first game. Terra, Ventus and Aqua are the protagonists of a plot that is divided into three unique paths.

As icing on the cake, it should be noted that we talk about the Final Mix versions in many cases. These editions were released exclusively in Japan at the time and have additional material that greatly extends the life of the games. Also, they are all perfectly playable at 60FPS and 1080p resolution.

Another essential pack, in this case with three games to its credit. Kingdom Hearts 3D: Dream Drop Distance, Kingdom Hearts 0.2 Birth by Sleep – A Fragmentary Passage Y Kingdom Hearts χ Back Cover. Yes, some indecipherable names that already set the usual tone of the franchise. And it is that for more than a decade the gum stretched without getting to get the third game that definitively closed the story. The spin-offs were the daily bread and we veterans eagerly awaited that conclusion that never loomed on the horizon. In any case, Kingdom Hearts 3D: Dream Drop Distance is rescued here, the Nintendo 3DS title that allows us to control Riku and Sora through the worlds of dreams.

On the other side is Kingdom Hearts 0.2 Birth by Sleep – A Fragmentary Passage, a really short game that mostly served as an appetizer for Kingdom Hearts III and the virtues of the jump to Unreal Engine 4. Finally, Kingdom Hearts χ Back Cover stood as a movie of more than two hours in which we are told the events prior to the Great Keyblade War. 2019, the year in which a stage was closed. Personally, I had already disconnected a long time ago about what was happening in this universe, but part of the adolescent and childhood illusion resurfaced. It may not be the best ending possible, perhaps I was too old to believe in the power of friendship, but I was there for the more than 20 hours that Kingdom Hearts III lasted.

One last trip in which Sora, Donald and Goofy get on board the Gummi ship to travel the world of Monsters SA, Toy Story, Frozen and many more. Visually it is a spectacle worth seeing and if you are left wanting a challenge to match, the Re: Mind DLC awaits you just around the corner. Be careful, there is a confirmed Kingdom Hearts IV, but here we have what is the last game in the series so far. Kingdom Hearts Melody of Memory is the first game that I was able to analyze in VidaExtra, although I don’t care for it solely for that. There is an essential piece that has been ignored in all this text and it is the omnipresent figure of Yoko Shimomura.

The composer of the Kingdom Hearts soundtrack has signed scores of a quality beyond any doubt. There are melodies that remain embedded in the brain and resonate for years. Therefore, this musical title must be seen as the tribute to a lifetimeto those songs that accompanied us for so long and that, without saying anything, remind us of simpler times.